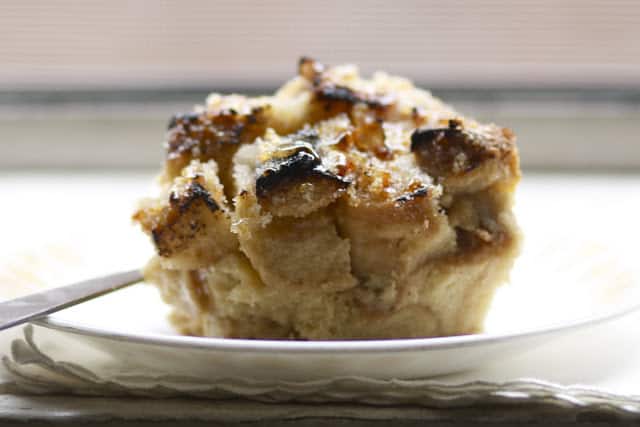 Are you drooling already? I was the moment I read about this recipe in Rebecca Rather’s “The Pastry Queen.” (I told you I’d be baking from it a lot!) I had been debating about what to make for an Easter get- together at my Sister’s. I was trying to make time in my weekend for Cinnamon Rolls or another complicated yeast-needing dessert, but in the end I knew I needed something fast and easy.

Ideally, I wanted to make something I could completely prep on Saturday and then bake on Sunday morning without any hassle. This recipe was perfect! I highly recommend letting it sit overnight as it really lets the bread soak in all the liquid which means amazing bread-pudding-like results. In fact, I would actually call this “Creme Brulee French Toast Bread Pudding,” (but that just sounds too long.) The only change I made to the recipe was to add some cinnamon, because it just doesn’t seem like French Toast without it! This is perfect for a brunch, luncheon or even just dessert! (It is that rich and delicious.) 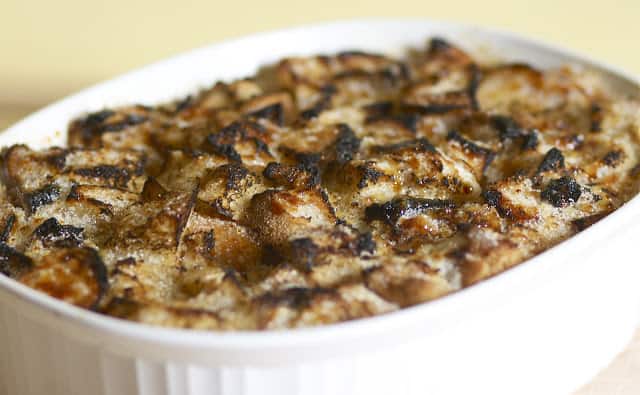 Print
Creme Brulee French Toast
Ingredients
Instructions
Notes
Notes about this Recipe: I have a small kitchen torch that I used when making this. I highly recommend that vs. a broiler, but even with that, I think it is inevitibale that some edges of the bread are going to slightly burn. Trust me when I say that the burnt sugar taste is still amazing and that it doesn't taste "charred" at all. I had a hard time getting every granule of sugar to melt, and I think this would be even harder with a broiler. But- if that is what you do- watch it very carefully, it can burn quickly!
3.5.3251
« Peanut Butter-Chocolate Tart with a Pretzel Crust
Vegan Raspberry Tiramisu Cupcakes »