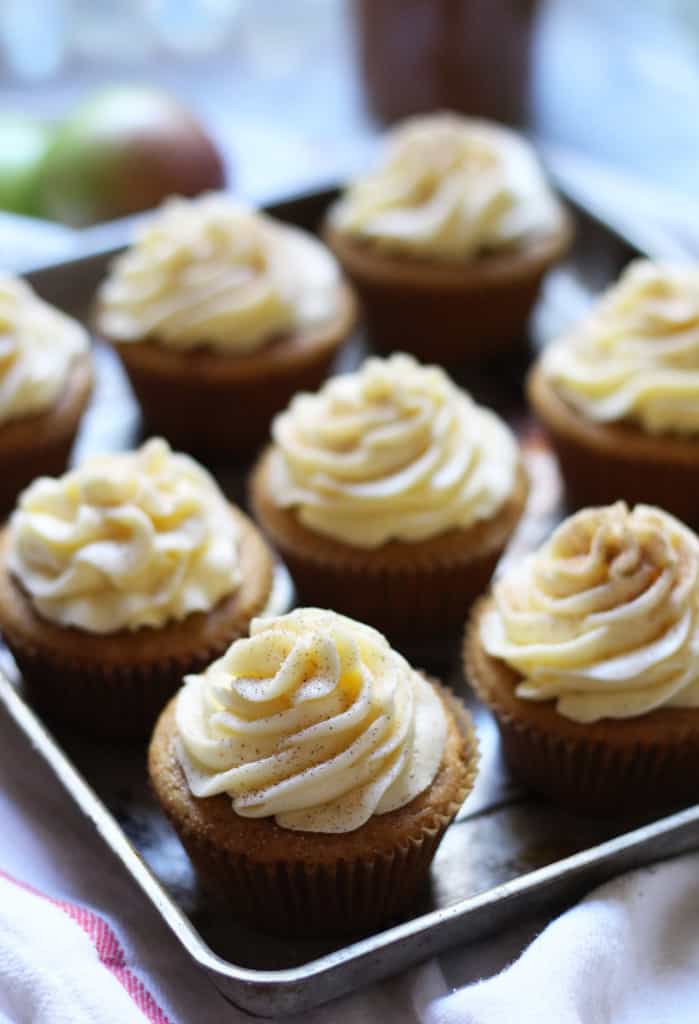 I just realized it has been months and months since I have posted a cupcake recipe. What’s up with that? Are cupcakes “out” you guys? I feel like when I first started this blog they were all the rage, are they being replaced with say, Pies? I mean that would be fine with me too I suppose as you know I adore pies and pie making, but there is something about a perfectly portioned cupcake that I will never get over. The flavor combos, frosting, decoration options- I love it all. As far as I’m concerned, they will always be in so there!

This particular cupcake is just all fall. The cupcakes themselves are full of fresh apple cider, a flavor that really comes through with every bite- giving them a warm, comforting, fruity taste. The cake reminds me of the apple cider donuts I so enjoy at the apple orchard, which makes them even more perfect. 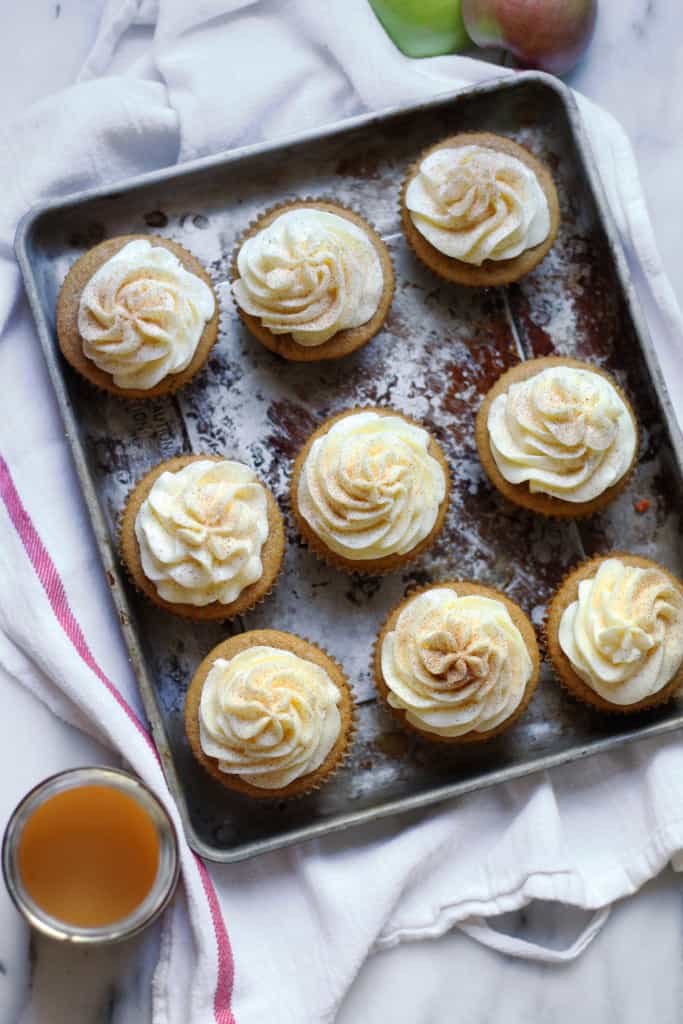 On another note- say a little prayer for my beloved camera. In case you were wondering- do NOT let a toddler sippy cup anywhere near (and I mean anywhere near,) something valuable. Because no matter how “leak proof” it may be, it will undoubtedly leak and ruin your camera and lens and send them to the camera emergency room. I get the diagnosis of both later today so wish me luck. I had a few recipes to shoot last week that I had to postpone because of the no camera dilemma, but luckily I was able to borrow one for this post!

Have a wonderful week! Enjoy these seasonal and festive cupcakes! 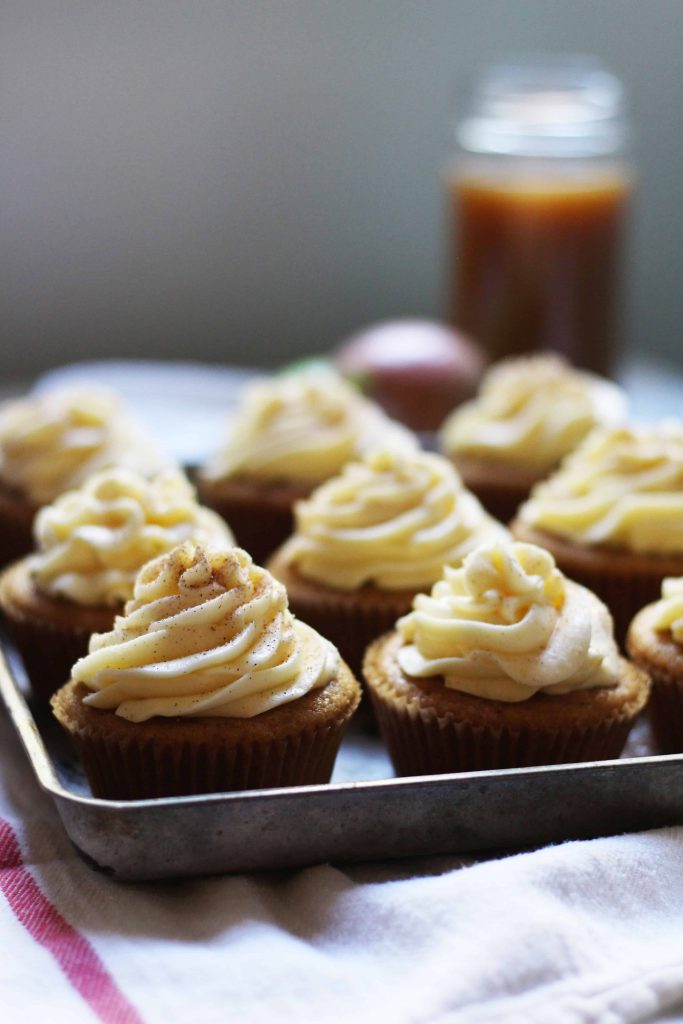