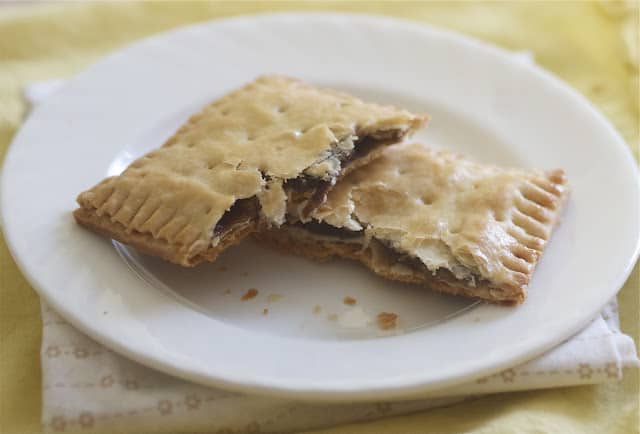 As I’ve mentioned before, my Mom didn’t let us have junk food in the house. And I mean EVER. I think once we were allowed Cinnamon Toast Crunch to have as dessert but that’s pretty much it. In hindsight,  I’m so thankful for her diligence,  but at the time I was pretty bummed about it. I remember diving for the junk food every time I was at a friend’s house to the point of probably looking underfed. Pop-tarts were one of my most exciting finds. We’d had the health-food store version before, but they couldn’t quite compare. Lucky for me, once I hit 17 I became a bit of a health nut myself and never really missed them. 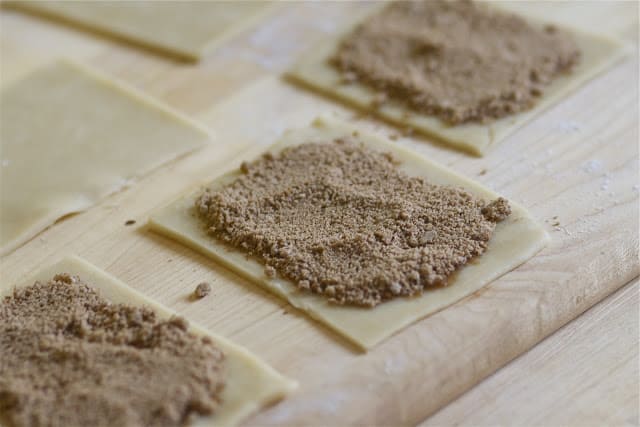 All these years later, I still haven’t forgotten how good those Cinnamon Brown Sugar Pop-tarts were. Right out of the toaster, they were pretty much heaven. Kinda like a pocket cinnamon roll with the brown sugar all warm and gooey on the inside and the crust all buttery and crisp. So, when I decided I wanted to try to make homemade pop-tarts again last week, I knew this was the one.

These pop-tarts are widely adaptable, easy, and so satisfying. I opted to go without a glaze since the insides were pretty sugary, but of course a glaze would only make them more delicious. I used my favorite butter pie crust which always puffs and browns so beautifully.  I can’t wait to try them with other fruit fillings, nutella and numerous other things! 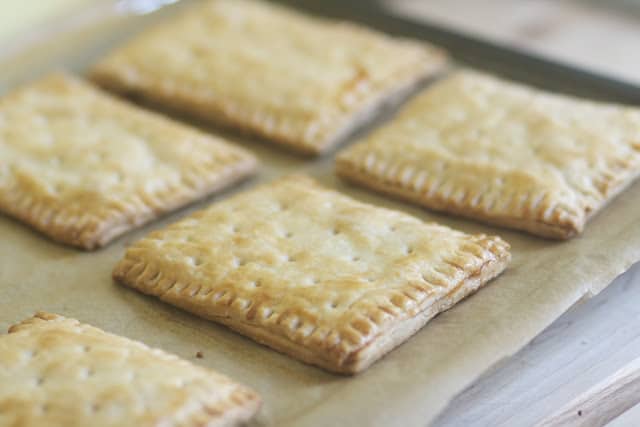