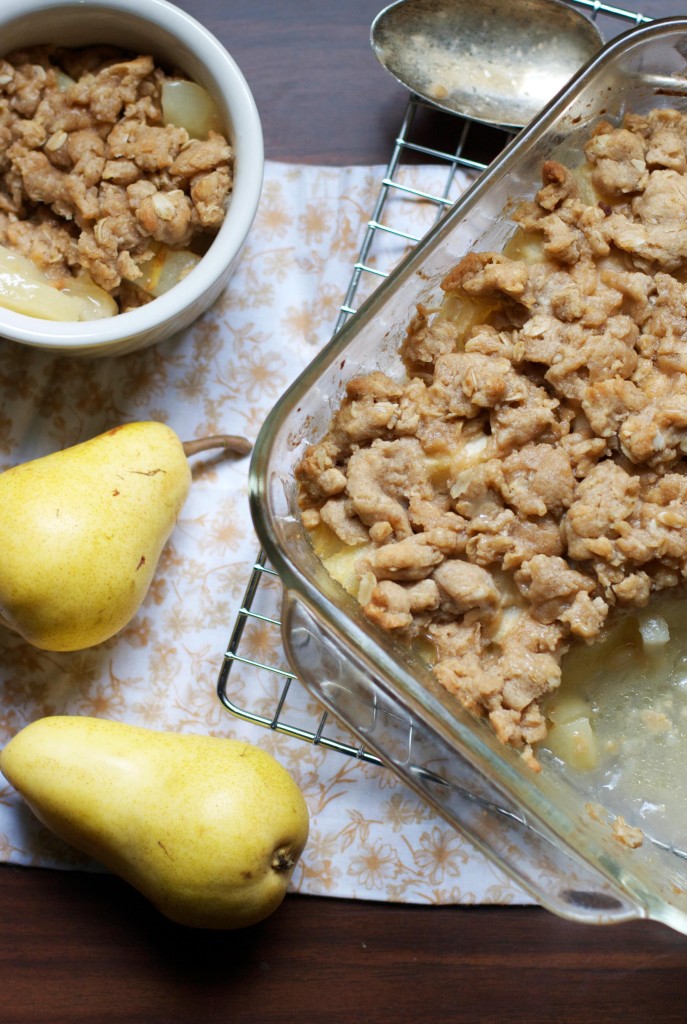 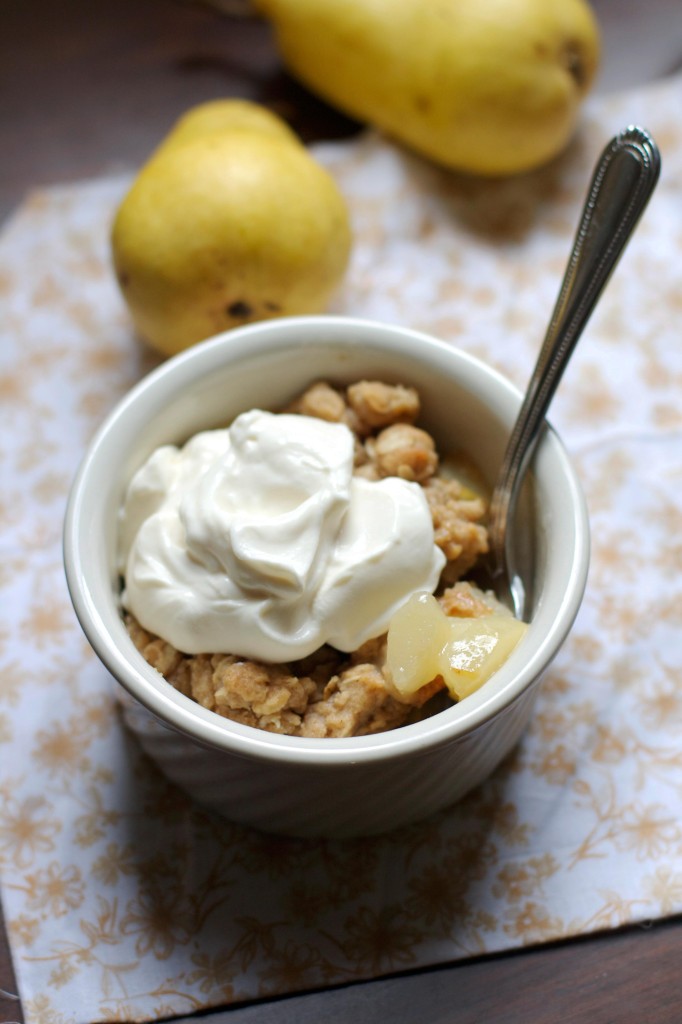 *Ripe not-so-juicy pears will totally work for this. If your pears are on the juicier side though, toss with a tablespoon of flour along with the other ingredients before putting them in the pan. **I made this on the very not-sweet side so I could eat it for breakfast! Add up to 2/3 cup of sugar if you want this to be more dessert-like. Recipe loosely adapted from: The Pioneer Woman