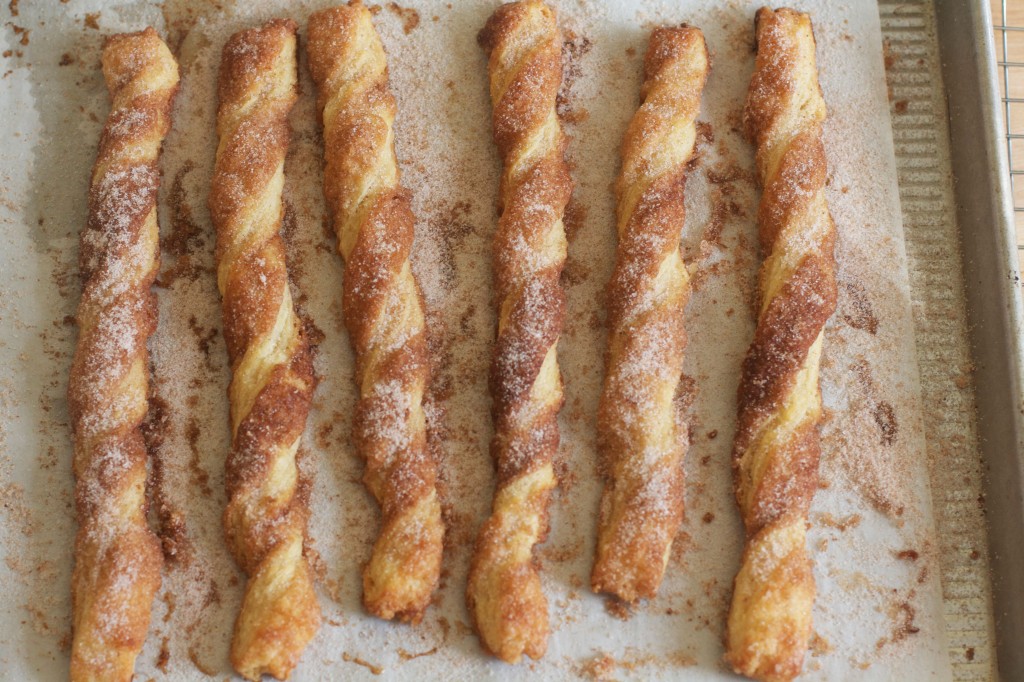 Quick puff pastry seems like an oxymoron right? I mean regular puff pastry is essentially the same thing as making croissants and we all know that isn’t really a quick process. This however- is totally quick, easy and doable- and best of all- the results are amazing and can be used anywhere you’d use store-bought puff dough.

I made my “rough puff pastry” into some delicious cinnamon twists, and these are flaky, buttery and full of cinnamon sugar. They are perfect to serve at a holiday party, (they look great all standing up in a glass or vase) or dipped into some morning coffee. And I can’t deny that I was inspired by one of my favorite childhood fast food treats- Taco Bell Cinnamon Twists. These are definitely way better! 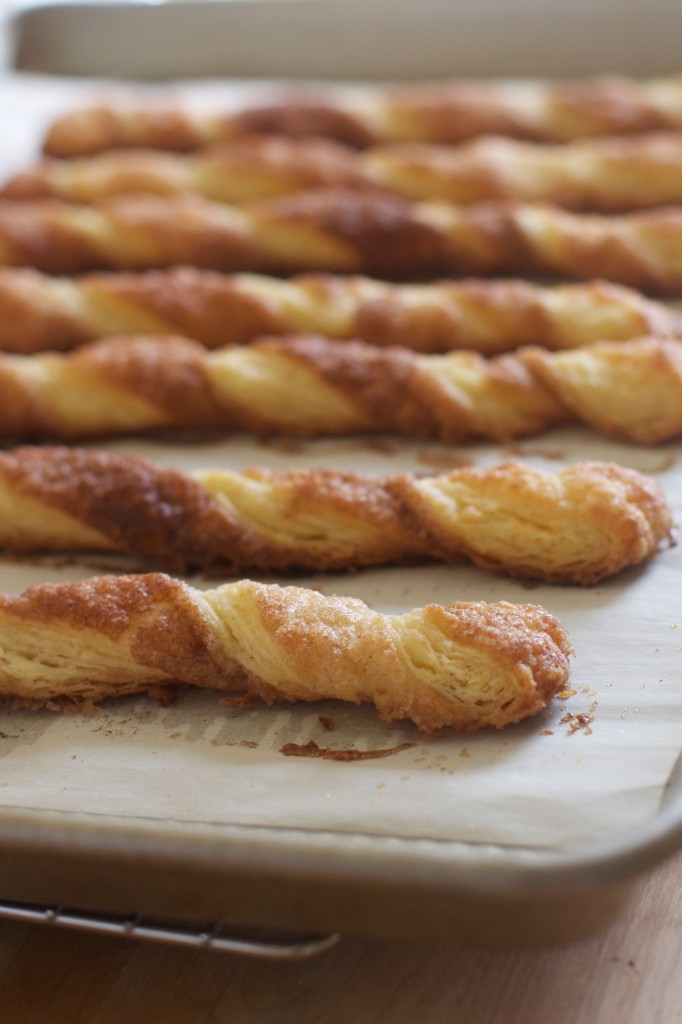 Homemade Cinnamon Twists are a super impressive treat to make, and mastering quick puff pastry is such a great kitchen skill to have. You can use it for the crust of Mini Pot Pies, Apple Turnovers, even puff pastry cinnamon rolls. 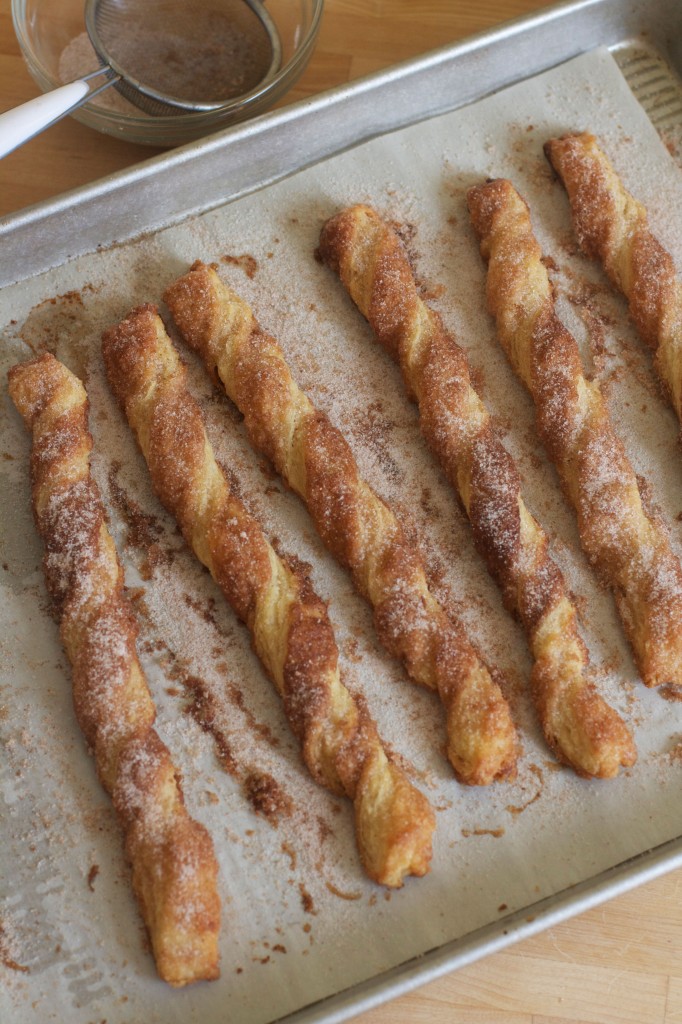 Sure- you can use ready-made puff pastry if you’d like. Thaw a sheet of puff pastry to cool room temperature and them skip to the butter and cinnamon sugar.

In the mood for a savory version? Try brushing the dough with garlic butter and herbs instead

Start by combining your dry ingredients in a large bowl. The cut the butter into large chunks and add to the flour mixture. 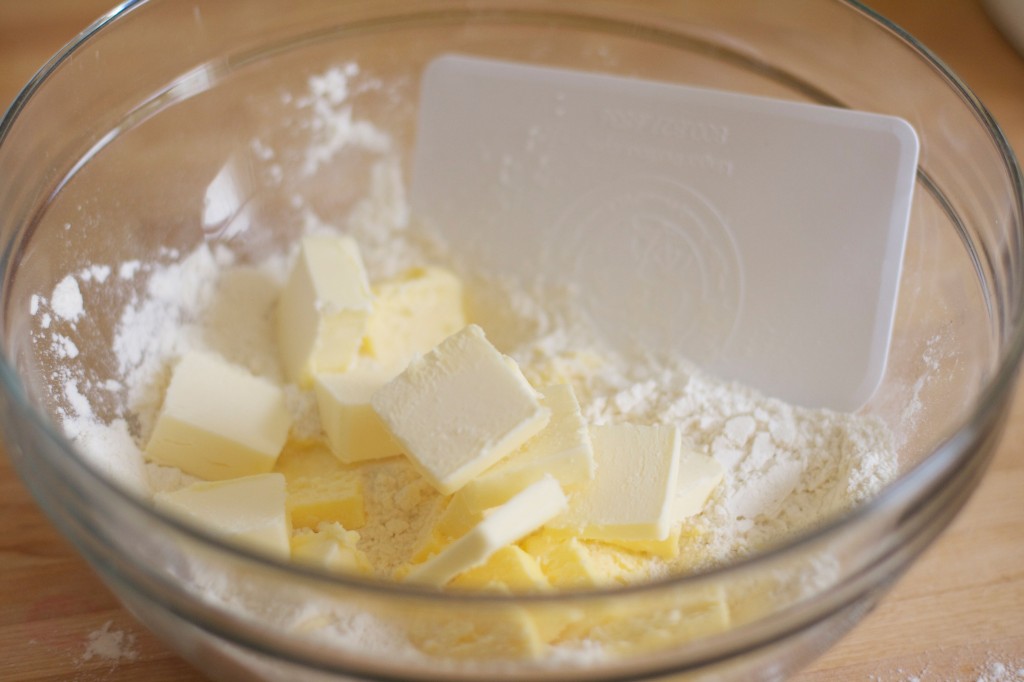 Use your fingers to flatten each butter chunk. 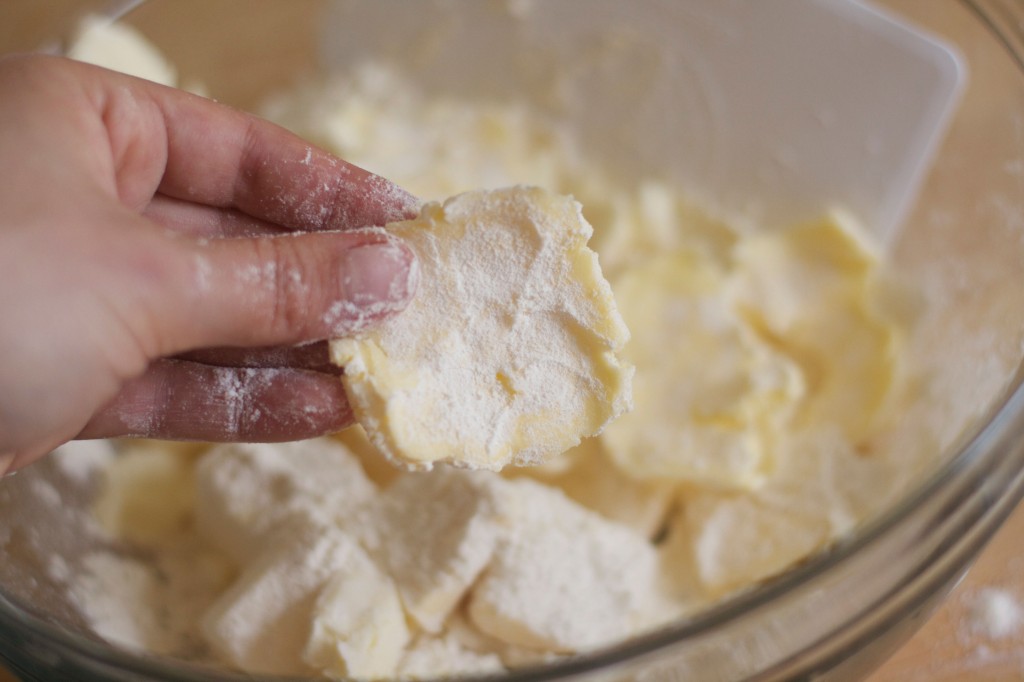 Add the sour cream, and use a large spatula or bowl scraped to incorporate it into the dough. It won’t come together completely yet – so don’t worry. 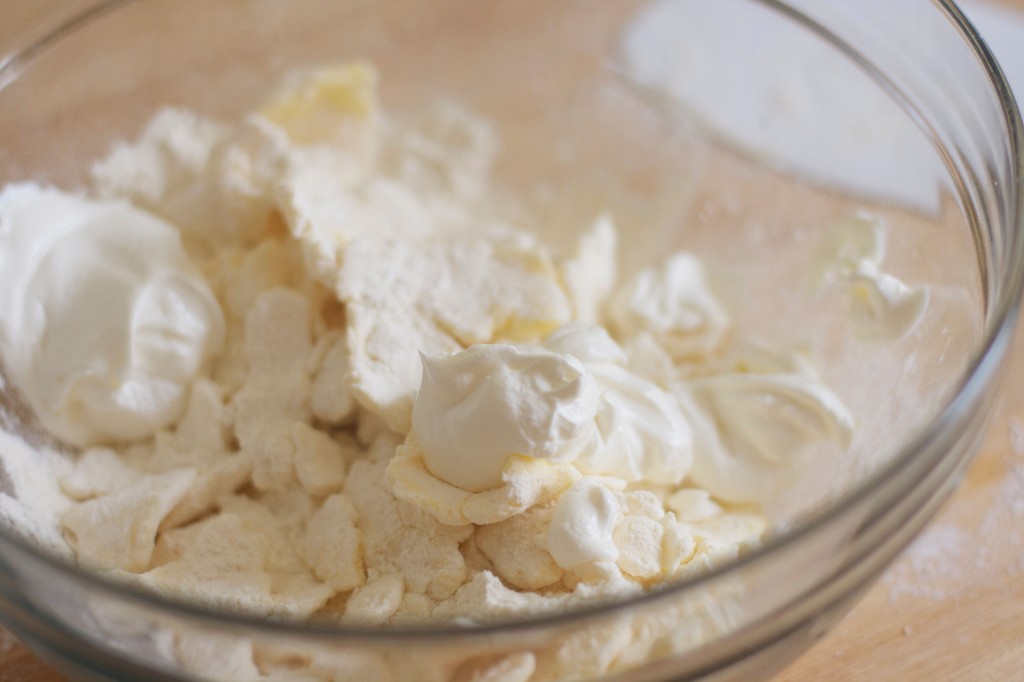 Turn the dough onto a lightly floured work surface. This is how it will look- disastrous right? Don’t worry it will be fine. Give it a few quick kneads until it comes together like this: 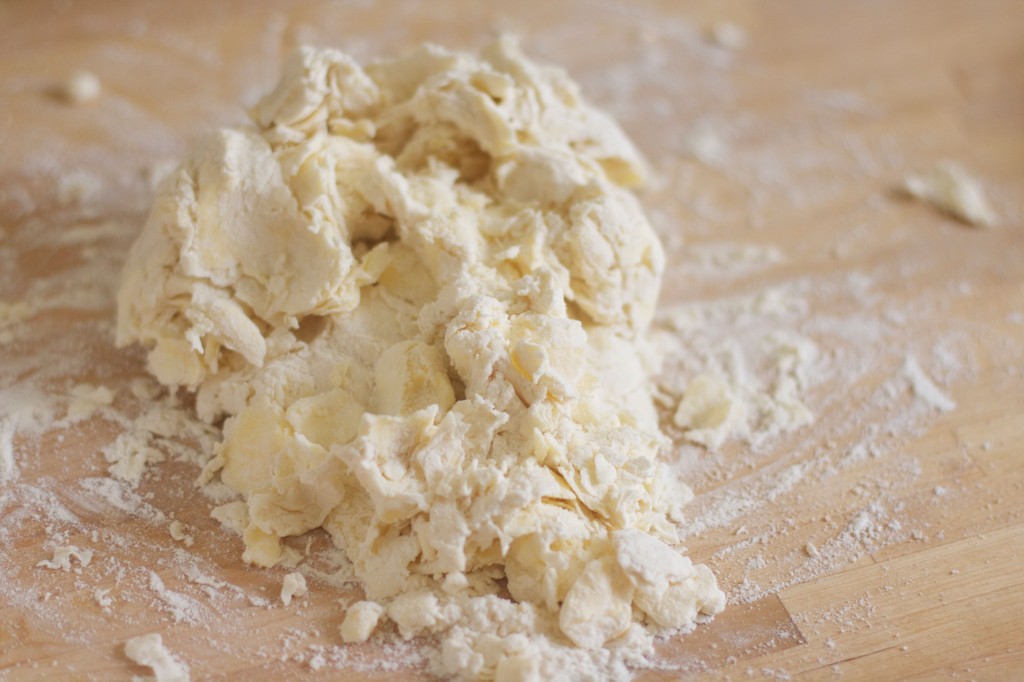 The dough may seem a little dry, but don’t fret- it will be hydrate lots as it chills. At this point- flour your rolling pin- and roll dough into an 8 x 10 rectangle. (get your ruler handy!) 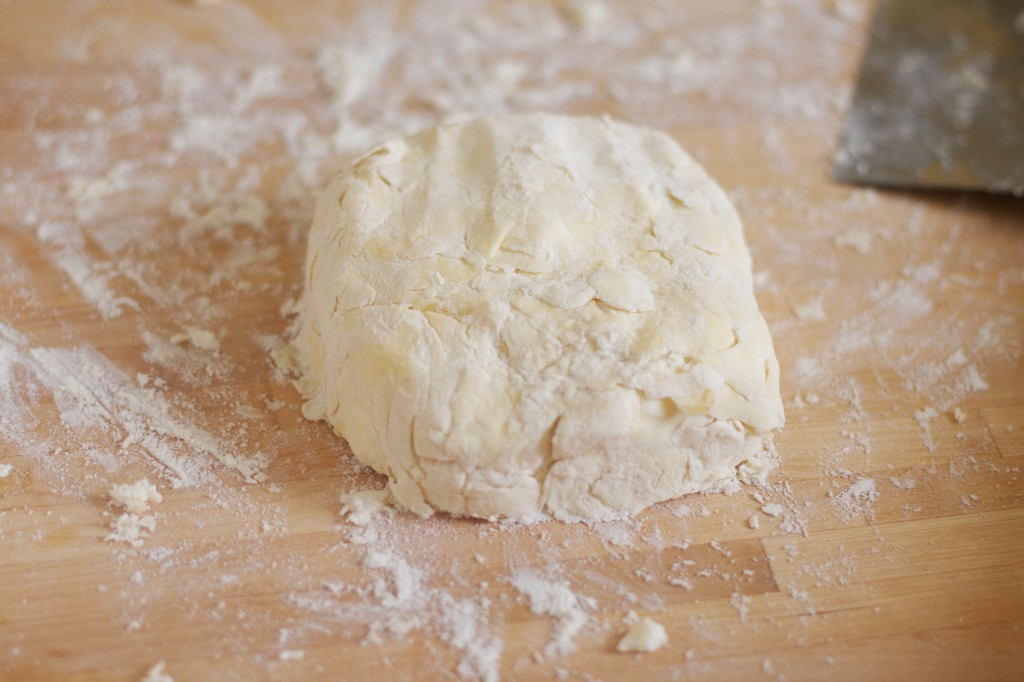 Use a pastry brush to dust off any extra flour from the surface, and fold the dough like a letter- bringing the top down and then the bottom folded over that. 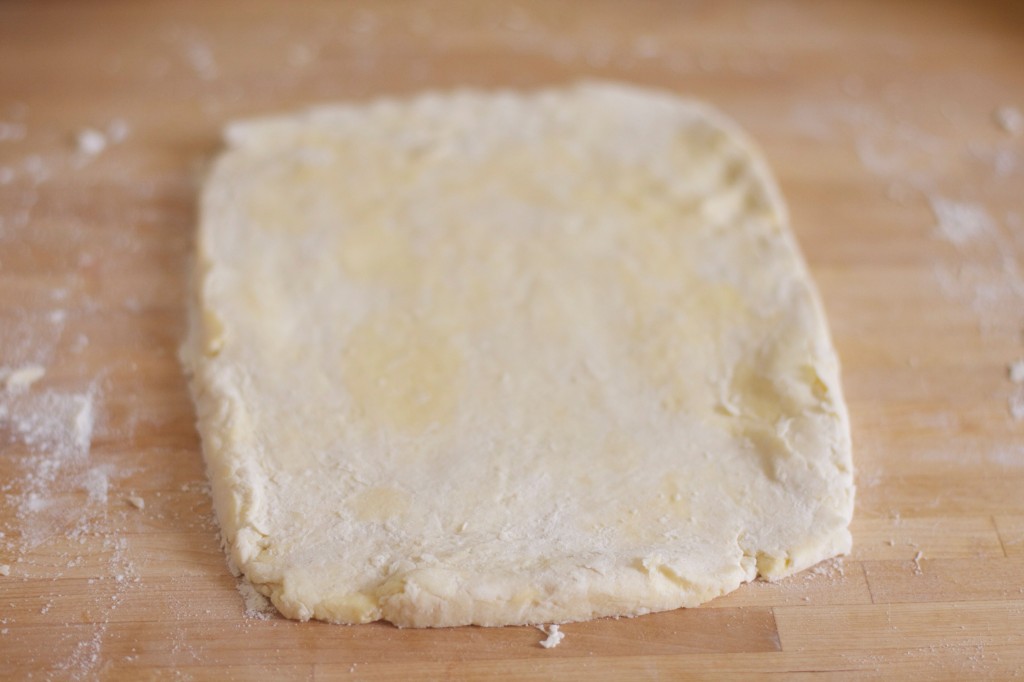 Flip the dough over, rotate it 90˚ so that it’s vertical, and repeat the process one more time. Roll into 8×10, dust off, fold like a letter. (add extra flour as needed to prevent sticking) 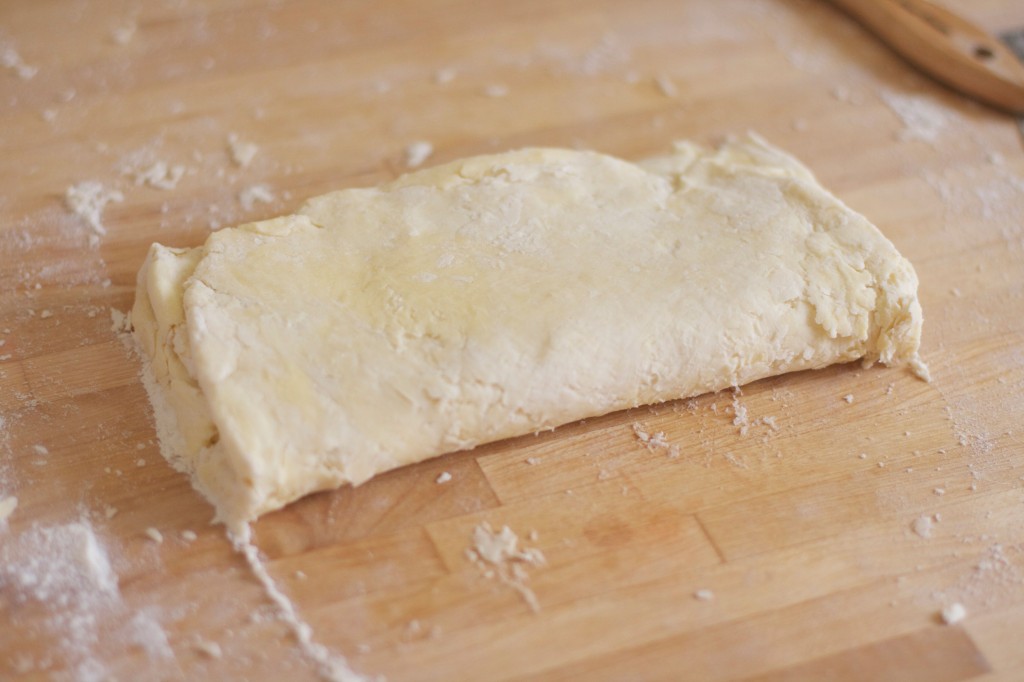 Wrap in plastic wrap and chill dough for at least 30 minutes. (Longer is OK, it can also be frozen at this point and reserved for when you are ready to use it.) 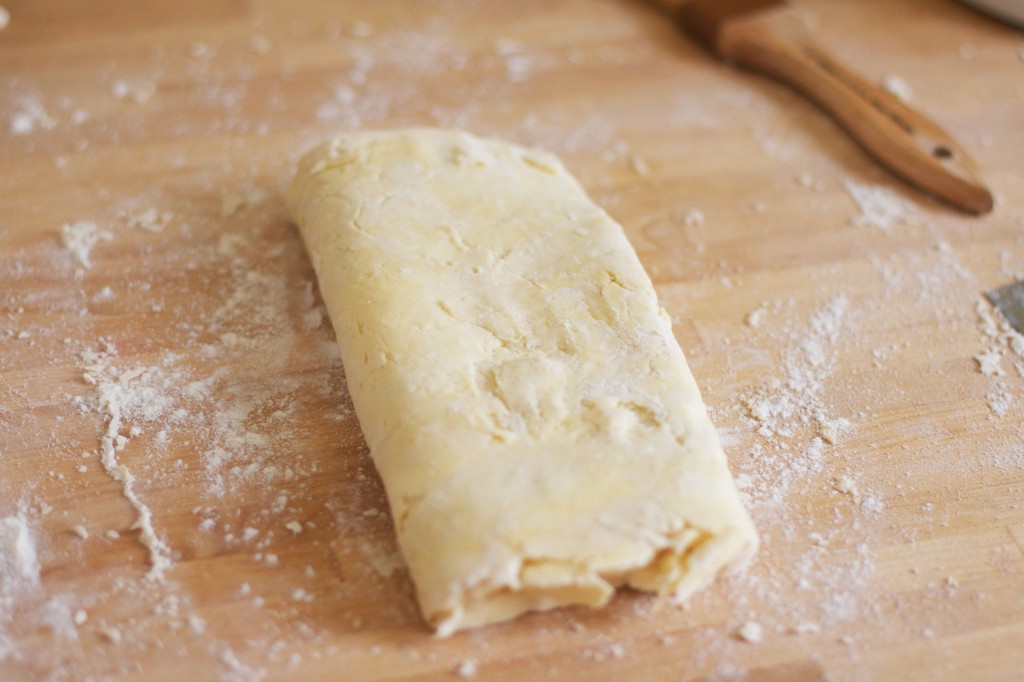 After chilling- you have yourself a chunk of puff pastry dough that can be used for whatever you’d like! For this recipe I transferred it back to a lightly floured surface and rolled it out to about 1/4 inch thick. 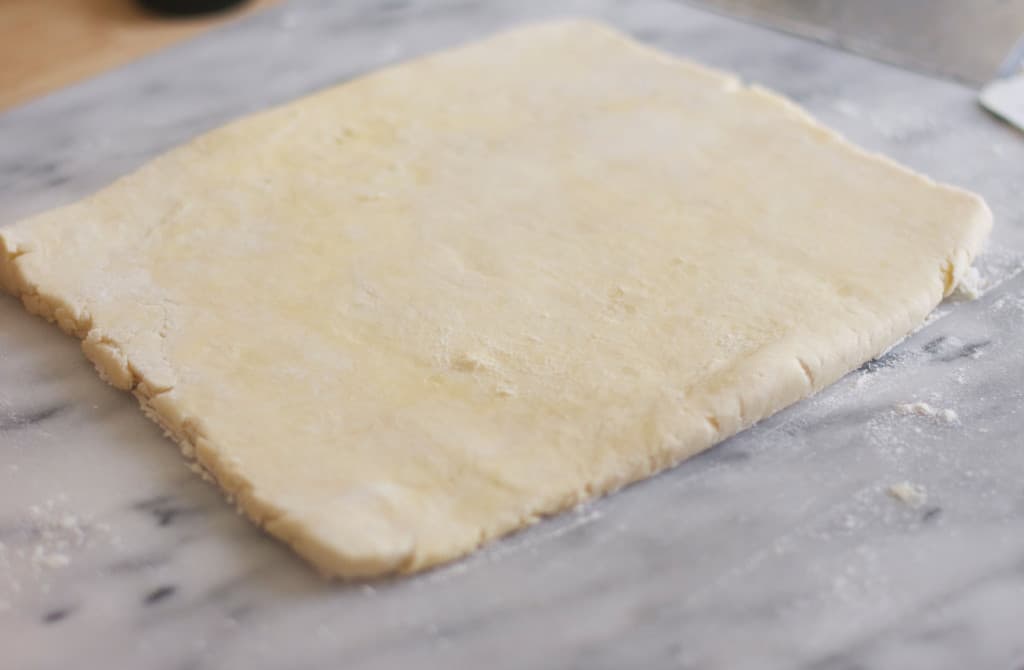 Brushed it with a little melted butter and top with cinnamon sugar mixture, pressing it into the dough- and flip it over. 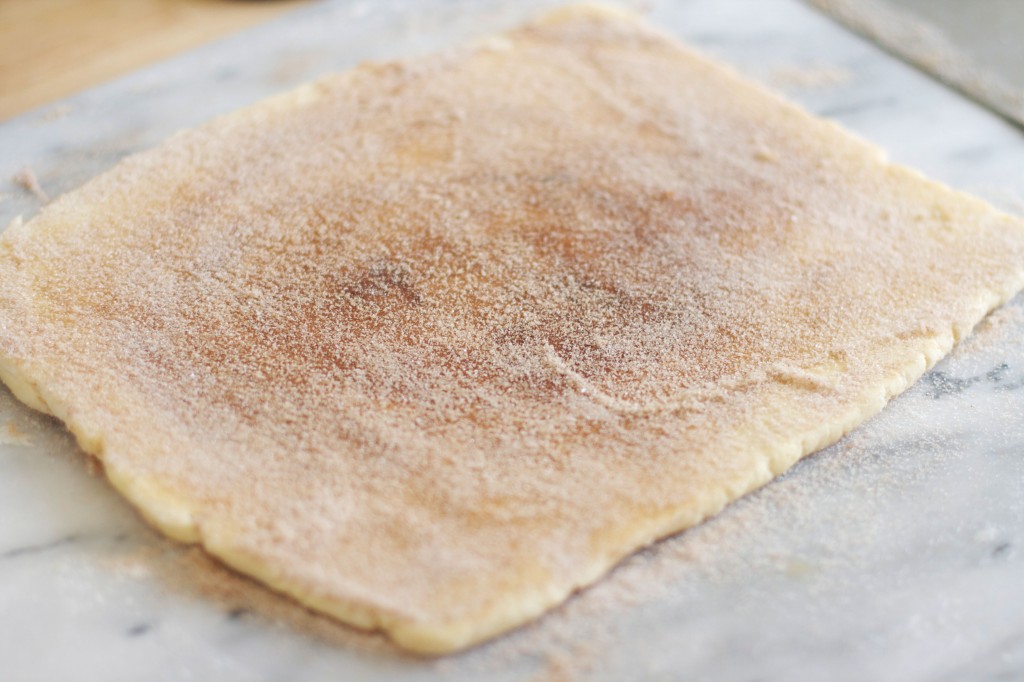 Apply another layer of butter and cinnamon sugar and cut the dough into long strips. Twist them by holding the short side and rotate and twist them. Place twists on a large baking sheet and bake until golden brown. 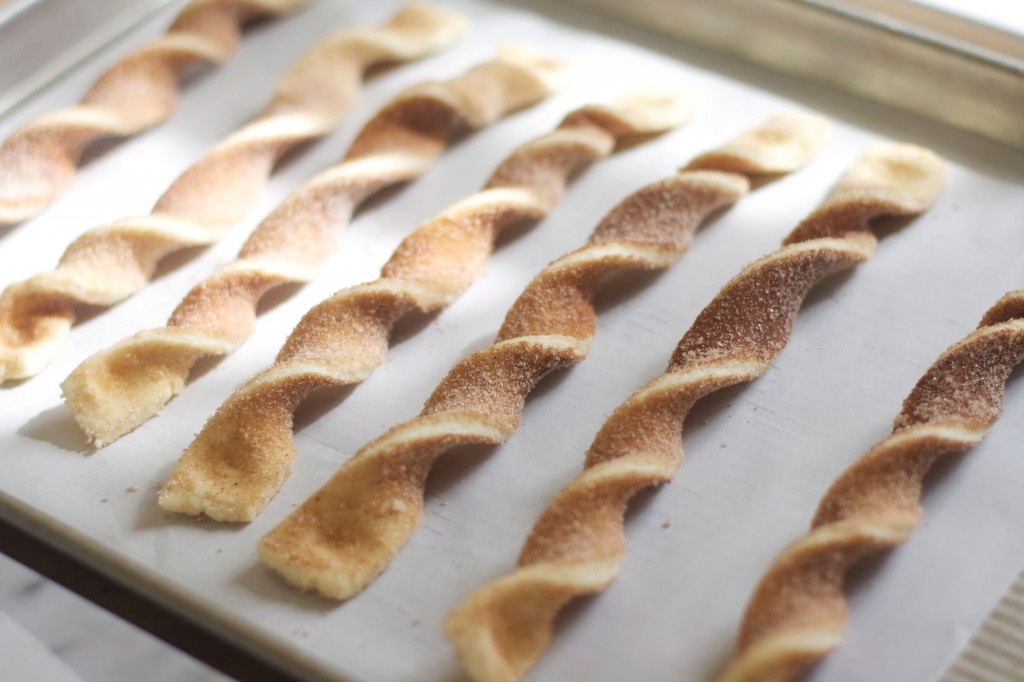 Look at that flaky puff pastry. Would you ever know this wasn’t regular puff pastry? I like to sprinkle cinnamon sugar on them again after they cooled because that’s how I roll. 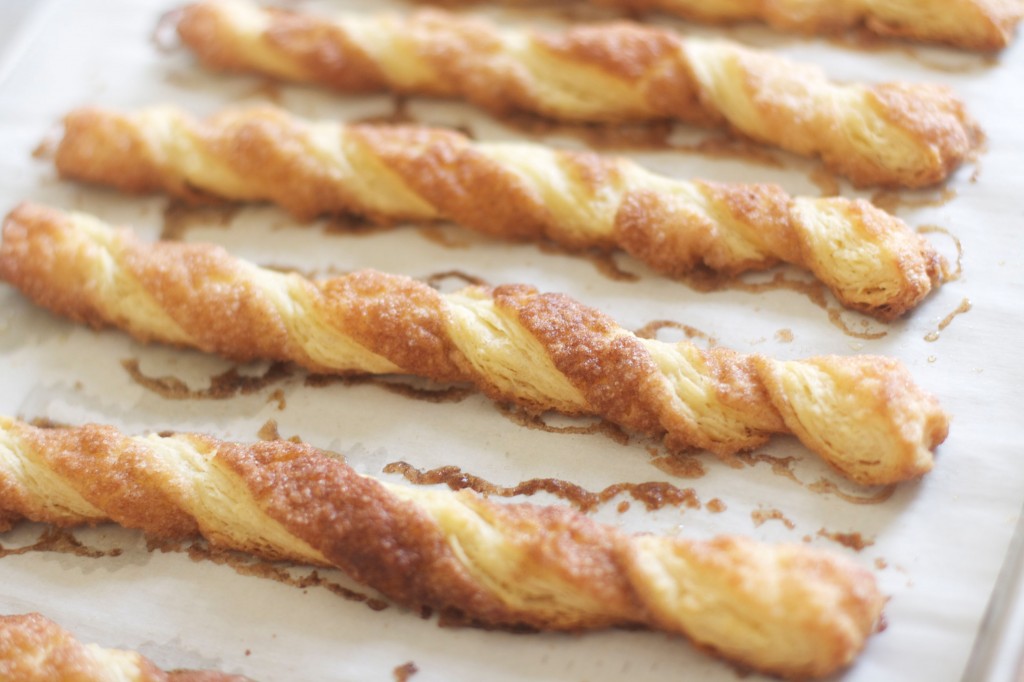