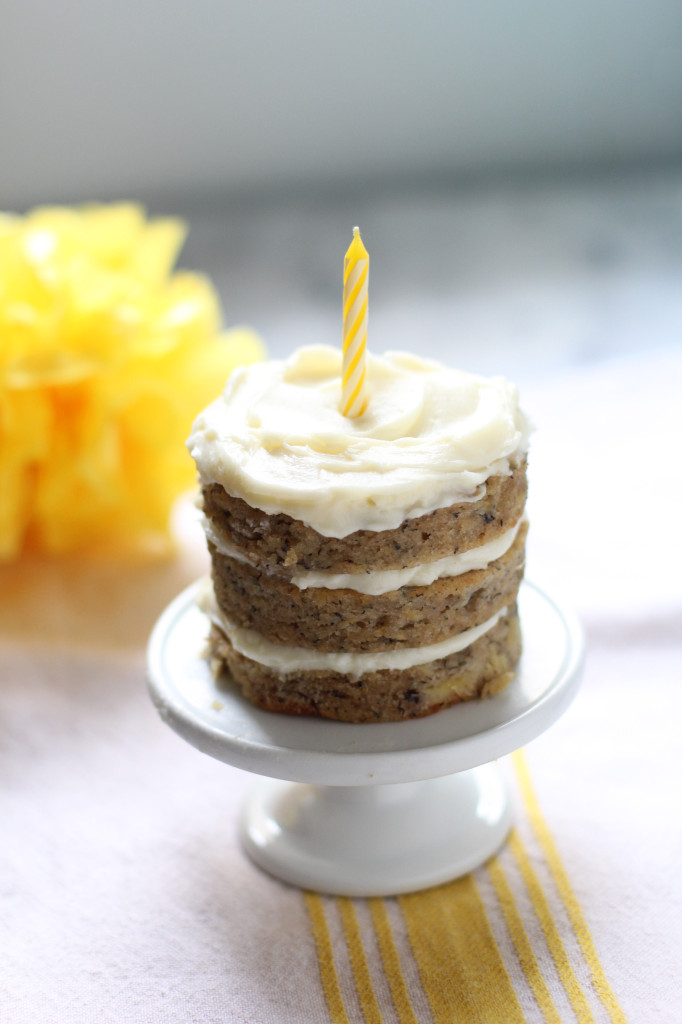 The Baker Baby turned one last week and of course his Baker Mama had to make him a lil’ birthday cake. I’ve been dreaming up this one for awhile and it was the perfect little semi-sweet confection for my little man. I really didn’t want to give him something super sugary because he doesn’t know the difference and since this was his first anything sweet I figured he’d be happy either way. (Spoiler alert- he was!) 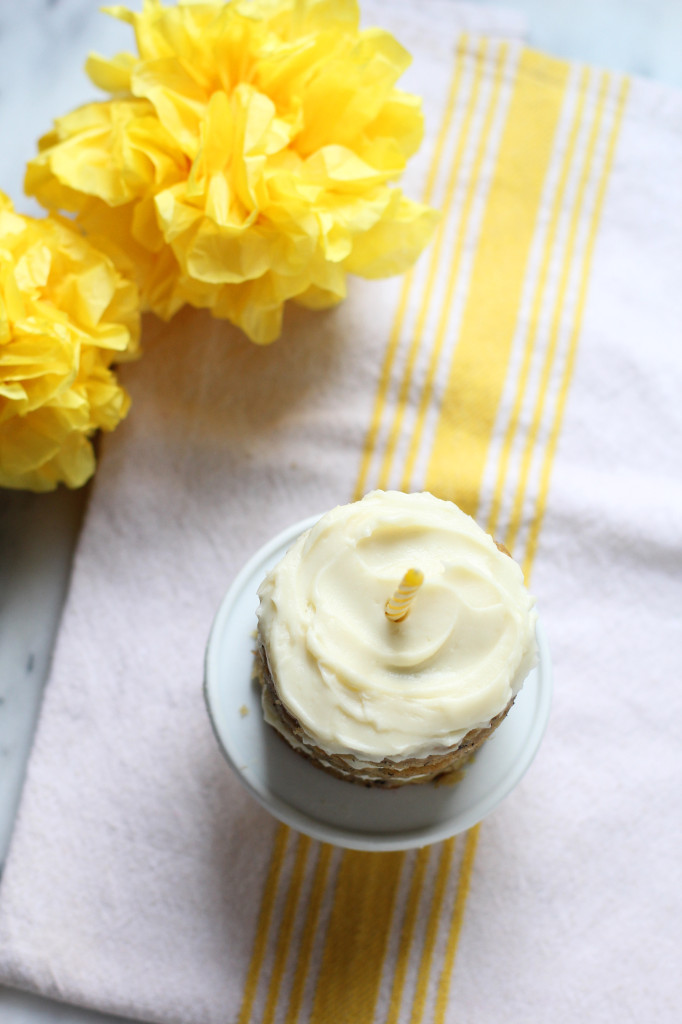 This cake is full of sweet ripe bananas and crushed pineapple. I also used a touch of maple syrup to make the cake lightly sweet but not overly so. The frosting is simple cream cheese with just enough maple syrup to make it a bit sweet and compliment the cake perfectly. I made it in a  sheet pan and used a round biscuit butter to stamp out 3 layers for Hugo’s cake, then froze the rest. I actually made him another one for his actual birthday, (since he had the first one at his party,) and then saved the others to make cakes for a few of his little friends turning one later this month! They are so easy to thaw and frost a few hours before you are ready to use. 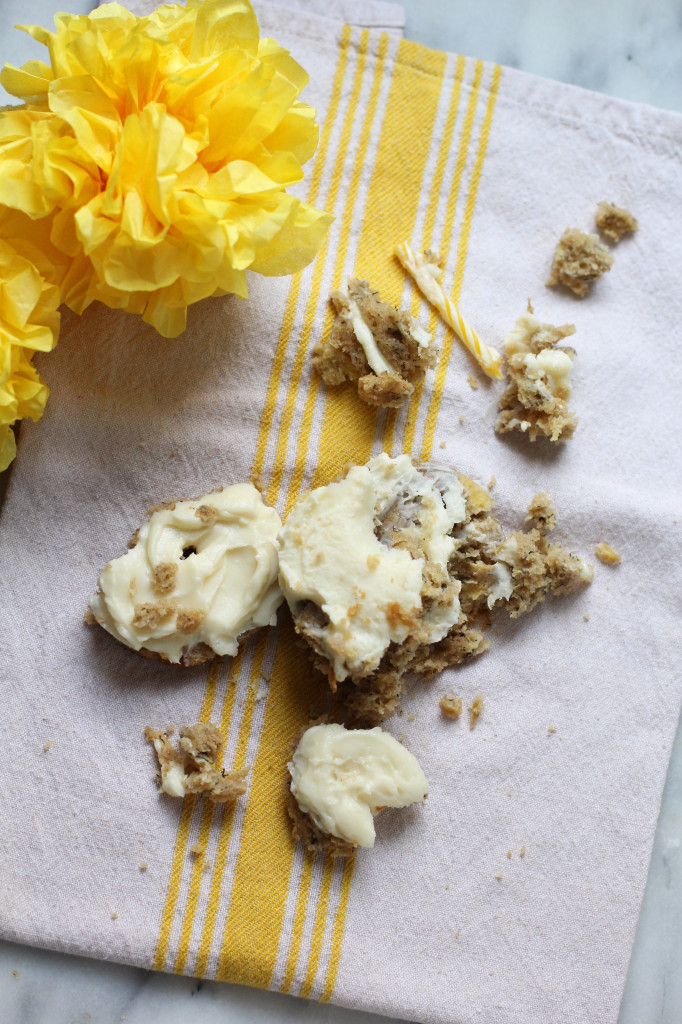 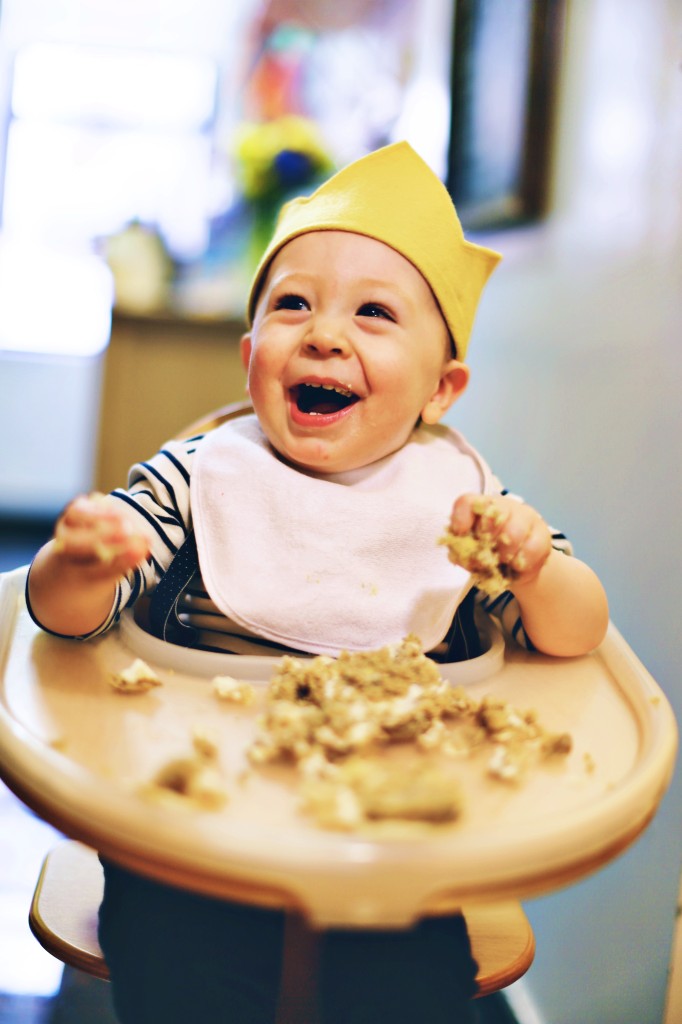