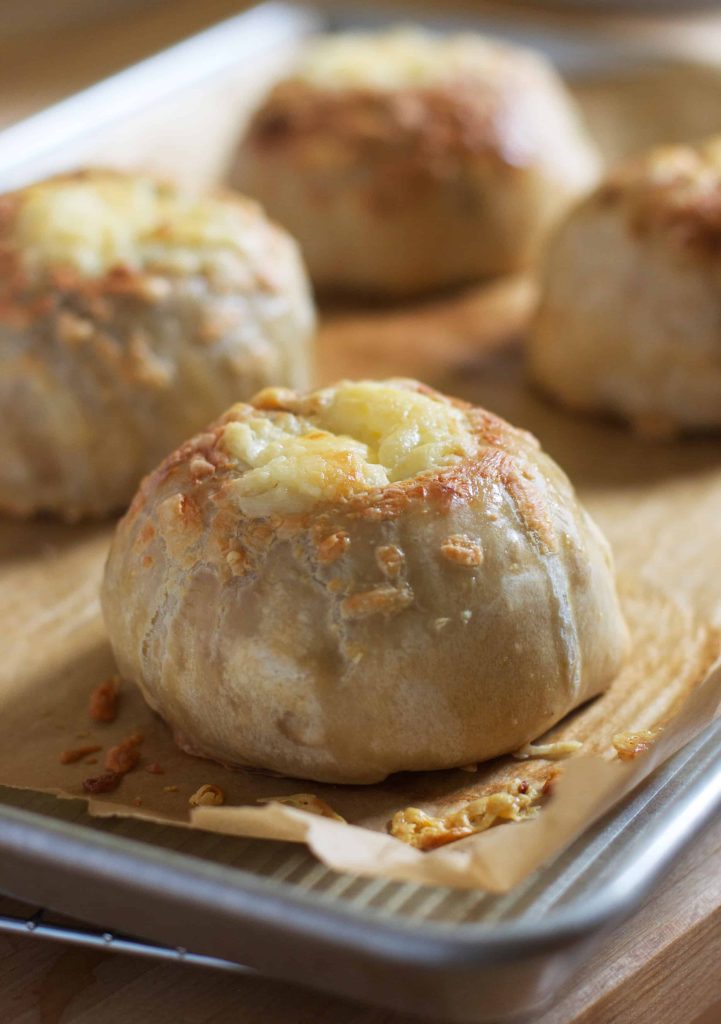 It’s Milk Bar Monday! In case you are new to these parts, MBM is a project I started last year with a few other bloggers to bake our way through the Momofuku Milk Bar Cookbook by Christina Tosi. So far, it’s proven to be one of the most rewarding and challenging projects I’ve taken on- I really love these Mondays so!

The majority of the recipes in the cookbook are sugary sweet, so I always get a little excited when we make something savory. Last time we made Bagel Bombs which I loved, and today I’m sharing a recipe I loved even more. (if that’s possible.) 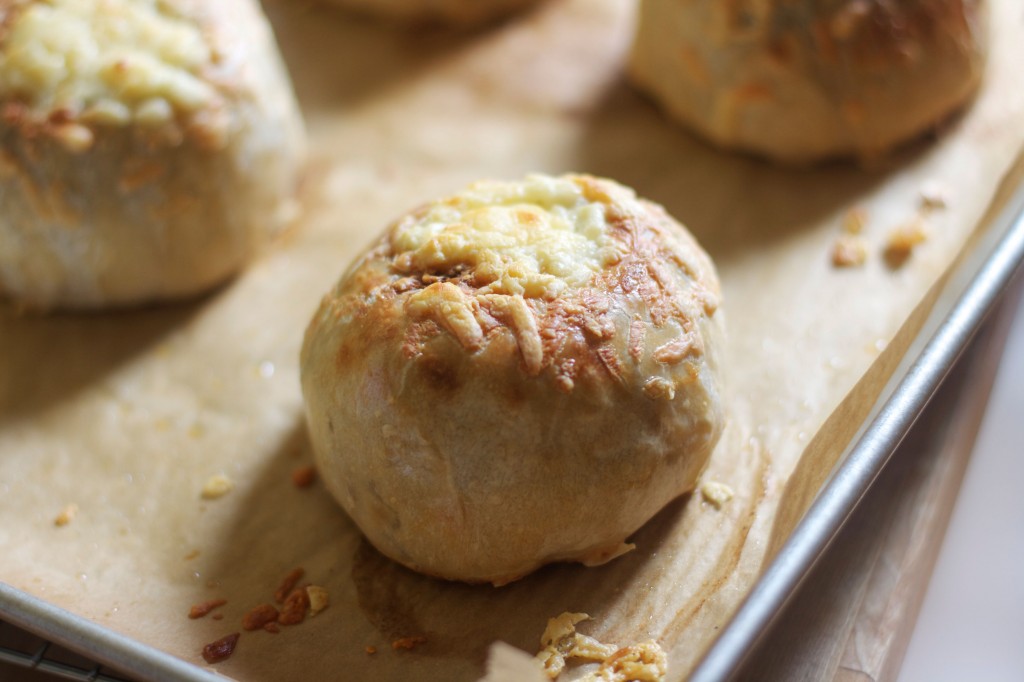 It begins with the same basic dough with Christina Tosi calls “Mother Dough” as it used in every bread-based recipe in her book. Flattened out dough rounds are filled with a scoop of caramelized onions, and a slab of scalloped potatoes with bacon. The whole thing is sealed up and rolled into a ball, which we cut a small opening into before stuffing it with cheese.  I mean I don’t need to describe much more to convey how delicious these are right? 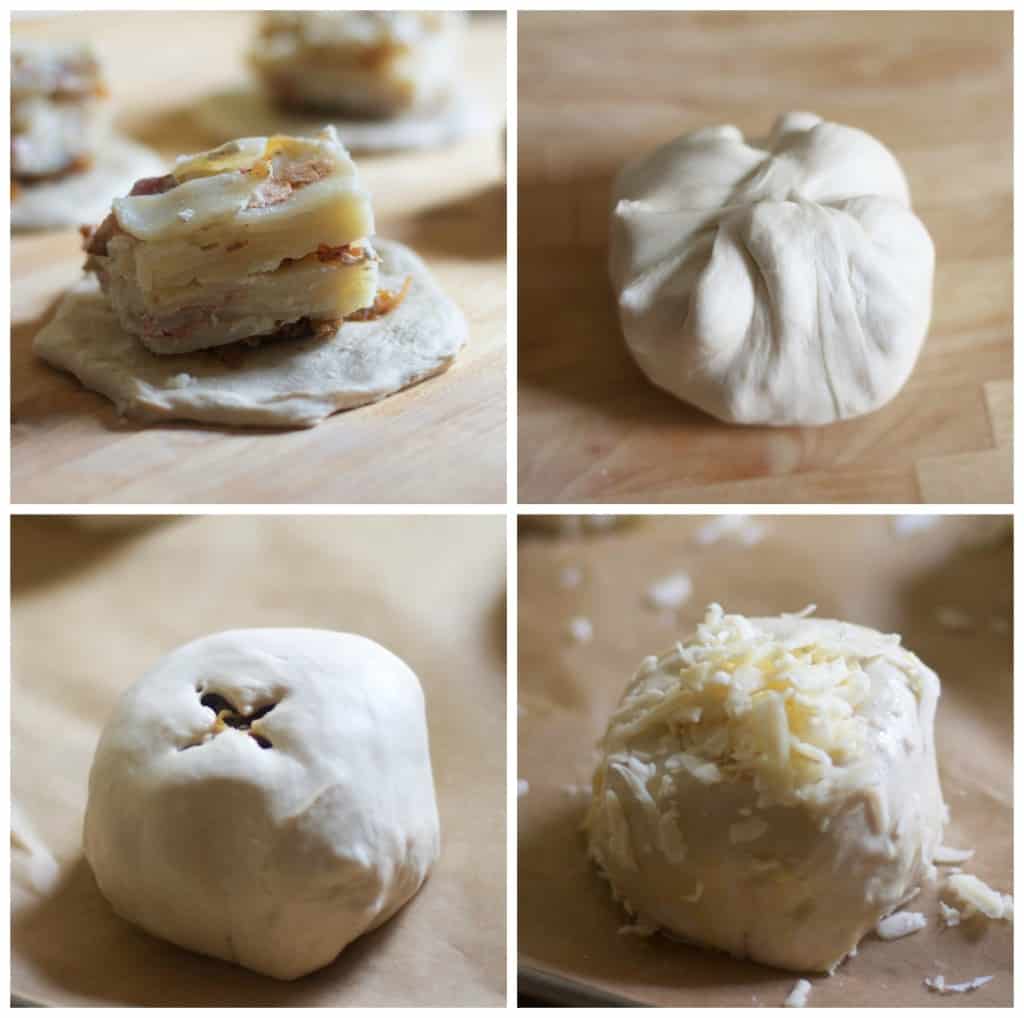 We stretched the dough so thin, that I assumed it would explode while baking making it even more “volacno”- like.  But everything stayed put- the potatoes getting soft and creamy, the cheese melting and getting crisp and caramelized on top. We enjoyed these for a mid-Saturday snack and couldn’t get over how great they were. The dough is thin and crispy, letting the ingredients inside really shine. The sweetness of the onions was a great contrast to the salty bacon and rich potatoes. This is definitely a concept I’ll be trying again. What else can I stuff inside these babies? 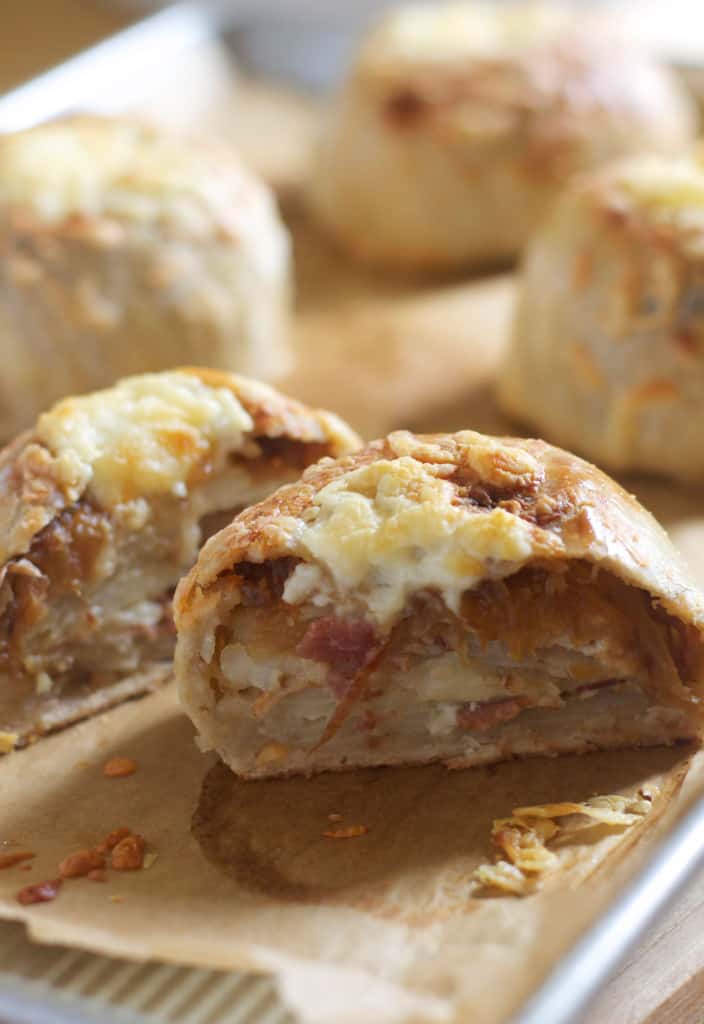 Leave a Reply to Katrina @ In Katrina's Kitchen Cancel reply