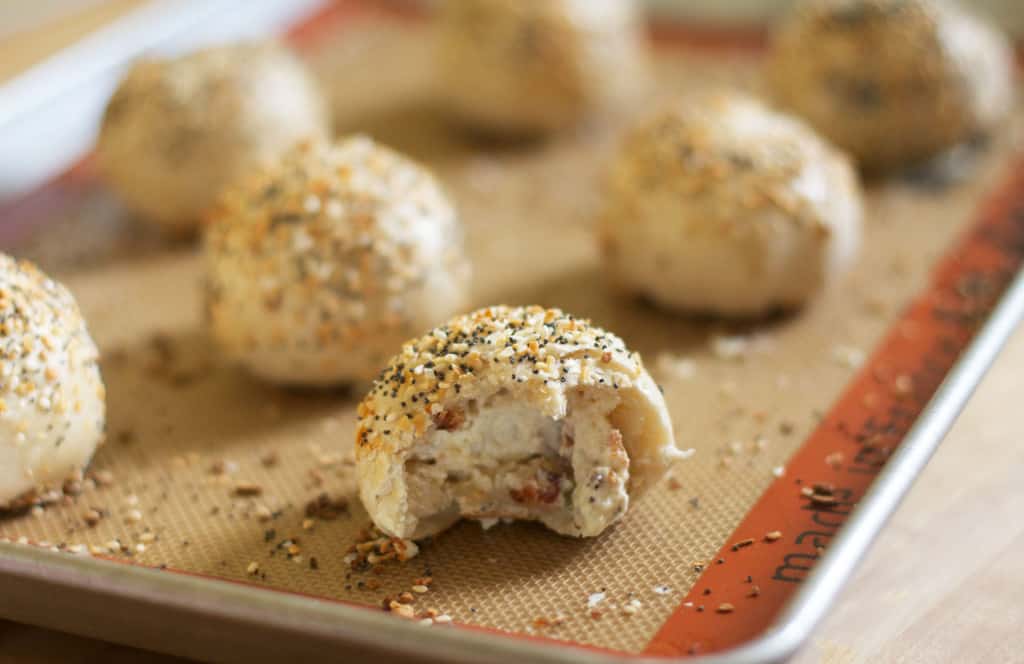 You guys there is a reason I primarily post desserts on here. Though I love my sweets, I am such a sucker for something delicious and savory. SO much so, that I find it nearly impossible to show any patience after finishing baking/cooking a savory dish. Where with sweets, I usually don’t have a problem waiting to sample until my photos are done and nice looking, I have zero self control with salty deliciousness. Like these bagel bombs. I just had to try one- right away…and then another. Then I thought, “I can still take pictures of only 6 bombs,” only to turn around to a hungry husband who wanted to try one too. Before we knew it, 4 of these were gone and I just figured the pictures I had snapped would have to do. 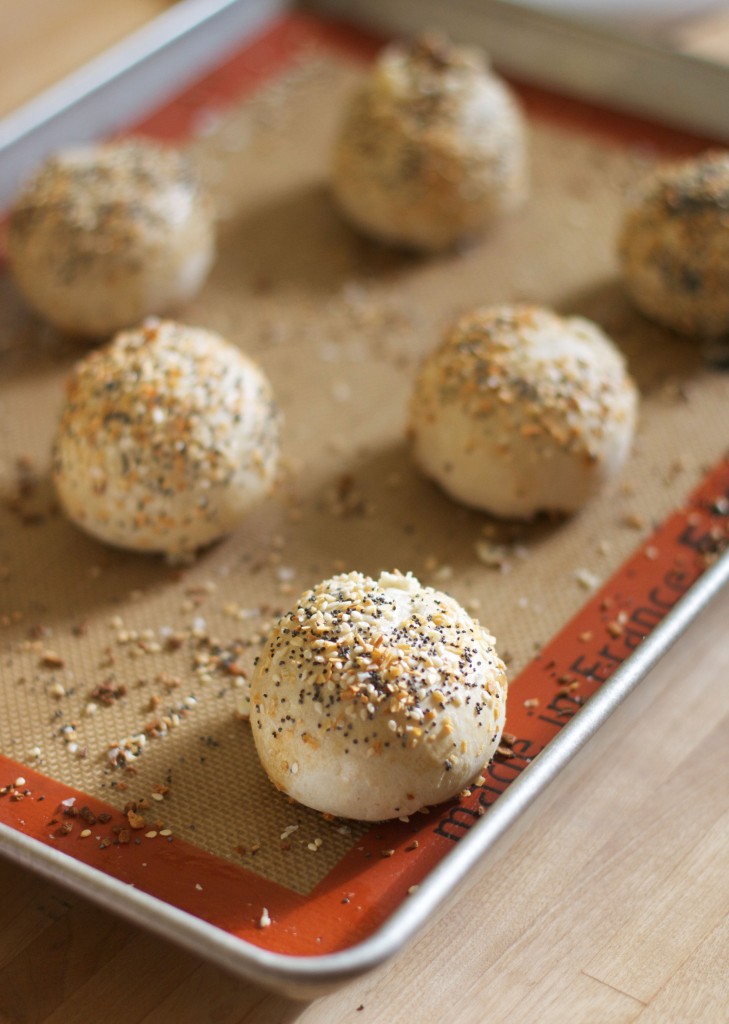 So even though I wasn’t able to take much time with these photos, I hope they do the trick in showing you how delicious these babies were. I mean addictively good. Imagine a crisp and also chewy everything bagel with warm, bacon-jalapeno cream cheese oozing out. I mean come on. 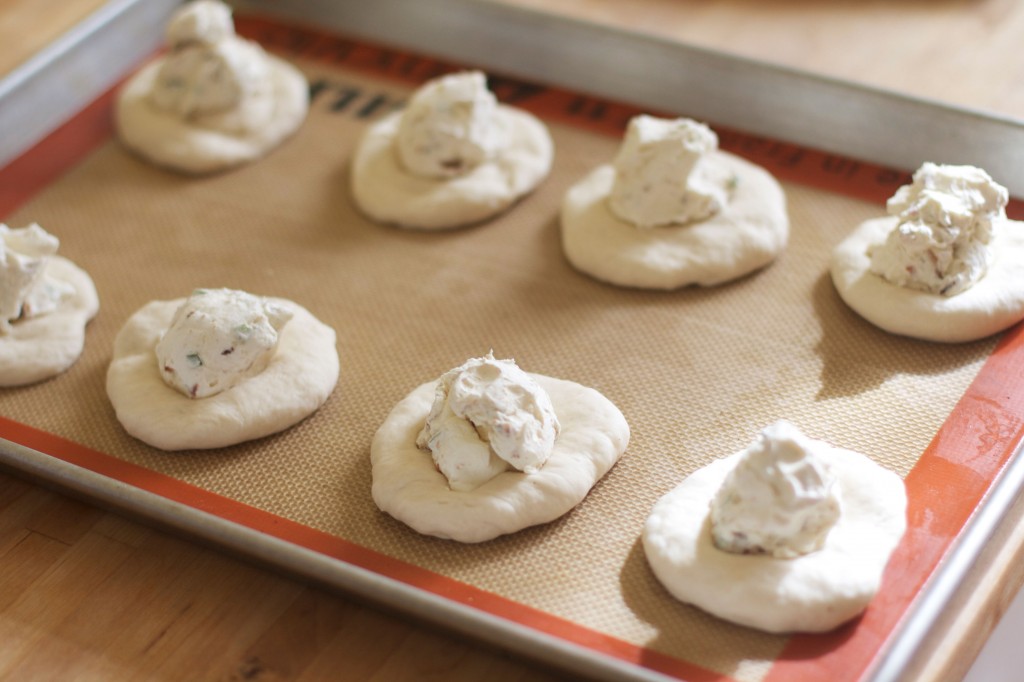 And would you all beleive that considering this is a Christina Tosi recipe, it’s actually very easy? I mean as simple as making the filling, making a simple yeast dough, filling- and baking. Compared to the multi-faceted cake and dessert recipes we’ve made before- this one was a piece of cake. (Though much easier than the actual cakes.) 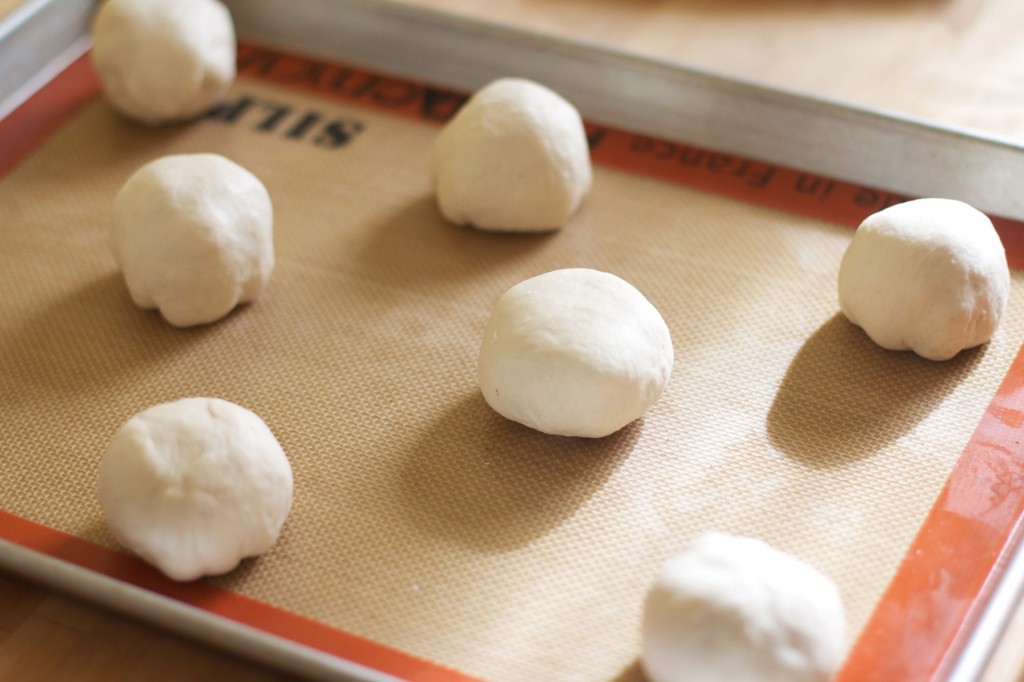 The flavor-options are limitless, and some of the other MBM girls actually put their own spin on the filling based on what they had on hand. I followed the recipe almost exactly, subbing jalapenos for scallions and using a little less of the bacon grease that Tosi suggested. (I just couldn’t bear to use it all.) 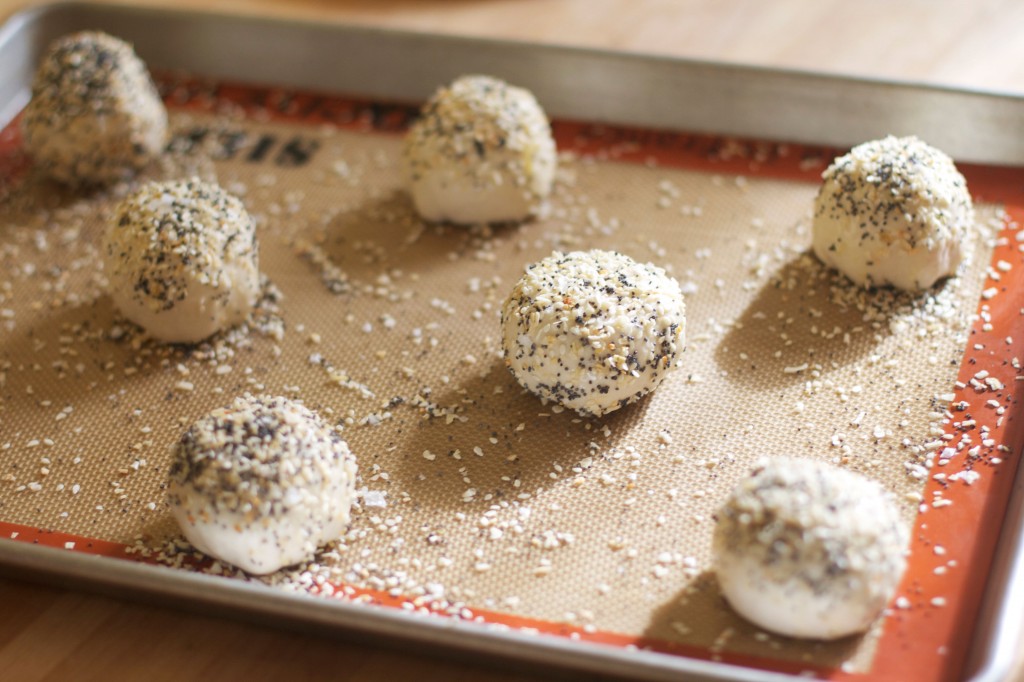 I’m already scheming other ideas- like a sweet bagel bomb with cinnamon sugar and a sweet cream cheese filling. I love the idea of a basket of these on my brunch table don’t you? 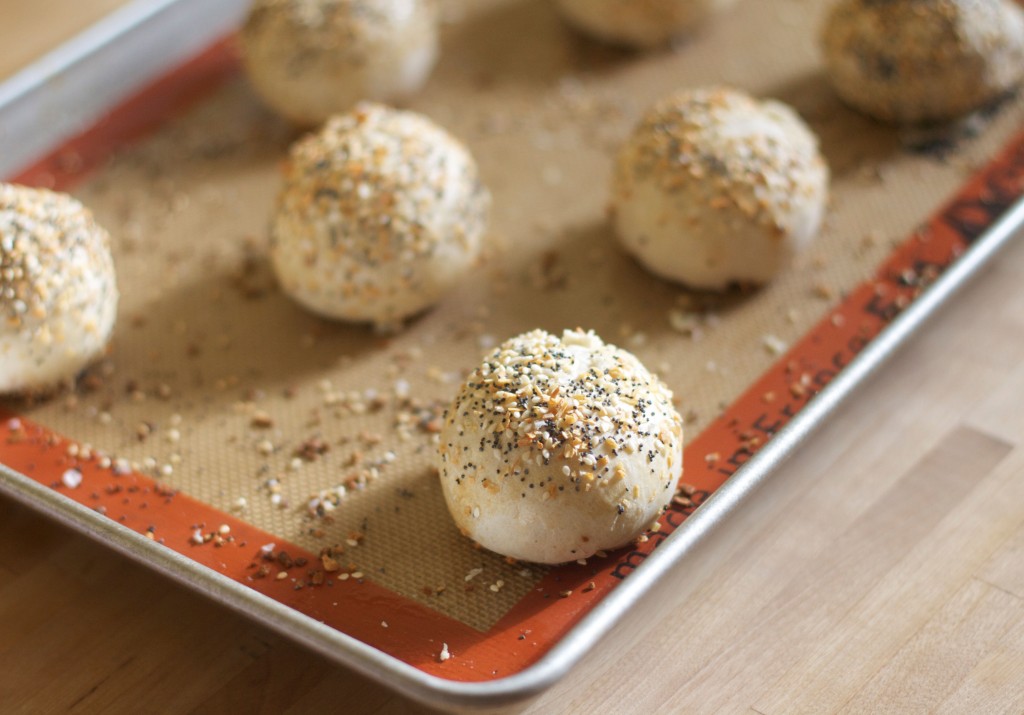 Note: Not pictures- the bombs exploding cream cheese filling after baking. No worries- just stuff the filling back in after it’s cooled  bit.

Please check out the beautiful “bombs” made by the other Milk Bar Monday Girls: 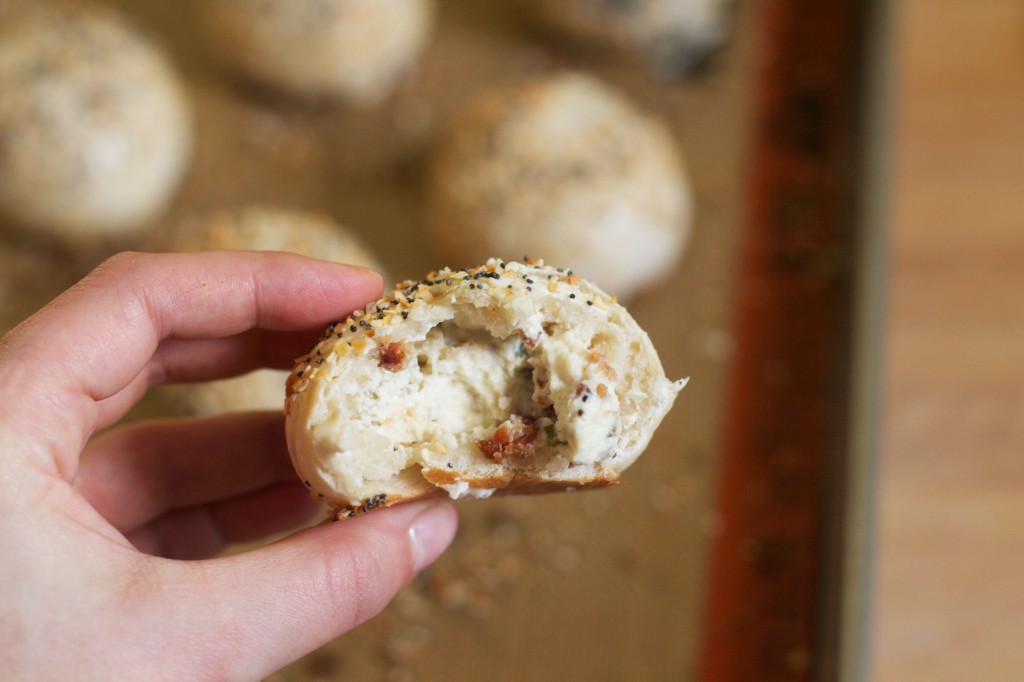