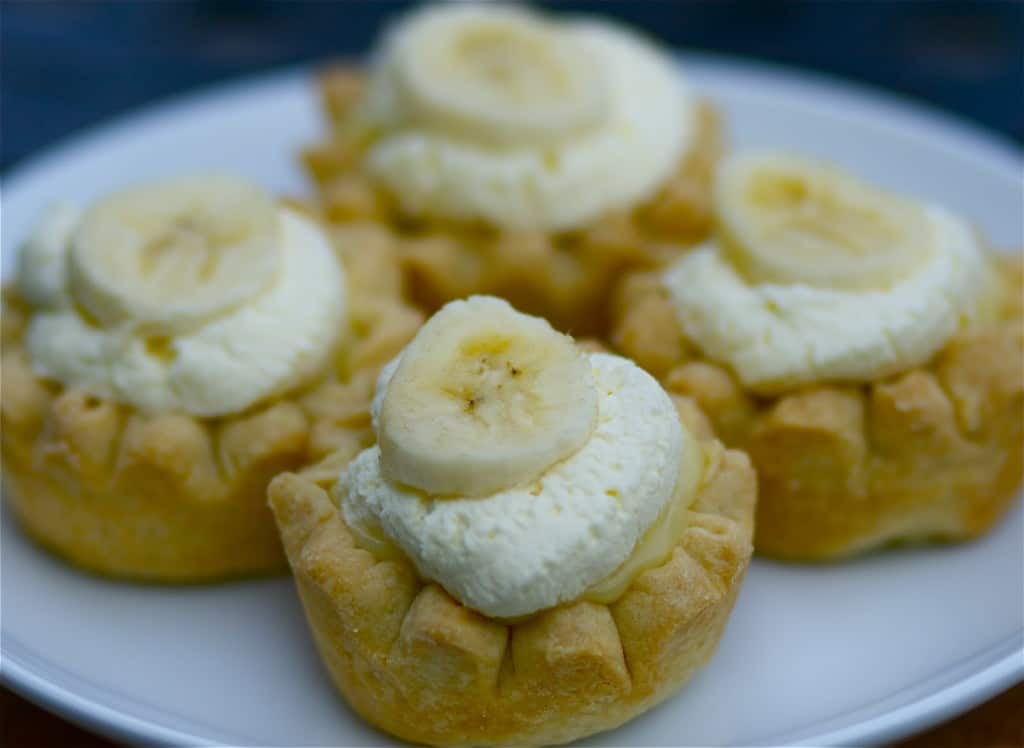 What is it about anything “Mini” that I love so much? Seriously it’s ridiculous. Babies, puppies… grape tomatoes, cupcakes, those little mini bananas. I love them all! So cute and little. It reminds me of when I was 13 and had a huge and detailed sticker collection. My favorites were the teeny little cute fruits, vegetables. I would just sit there and ooh and ahh. (Disclaimer- I was a very un-cool 13 year old.)

Anyway- last weekend I was in my hometown of Milwaukee, WI for my youngest sister’s High School graduation. It was a great weekend….I brought a boy home for the first time EVER. Also, I had some time to bake with my sis Ameara. I asked her what she wanted to make and before I even finished asking she said Banana Cream Pie. Ooh….I started think….what would be an interesting twist?? I’d been wanting to try making pies in muffin tins for awhile and this seemed as good a time as ever. Especially since I had access to my parents huge kitchen for once. 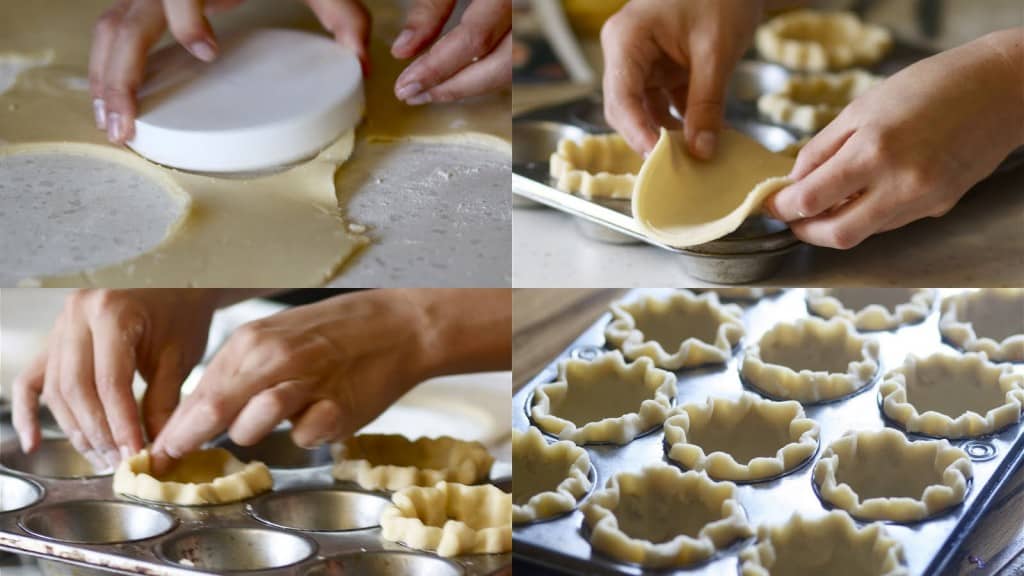 Guys. These turned out so well! I feel like I now have a huge door opened for me. Instead of making cupcakes every time I want something cute and individually portioned, I can just make a dozen mini pies instead! Think of the possibilities! I already want to make mini pumpkin pies, apple pies with a double crust, and peach pies. Other ideas?The process was slightly time consuming as you have to make the dough, chill it, roll it, cut it, shape it, chill it again, bake it and cool it. Ok wow. I swear it wasn’t as complicated as it sounds. But it is so worth it. And since the pudding for the filling has to chill anyway, it didn’t seem like we spent a lot of time waiting.I used my favorite Martha Stewart pie crust recipe. To cut out the rounds (should be about 4.5 inches,) I used the lid of a large container I found sitting around. I ‘m sure there is something in your kitchen that will work. The filling recipe is actually from a kids cookbook I gave Ameara when she was little called Kids Can Cook (I think.) I’m sure I could have found another one, but she loved that recipe and it was pretty standard vanilla pudding layered with bananas. I loved this idea and I’m sure you’ll see more mini pies from me soon!