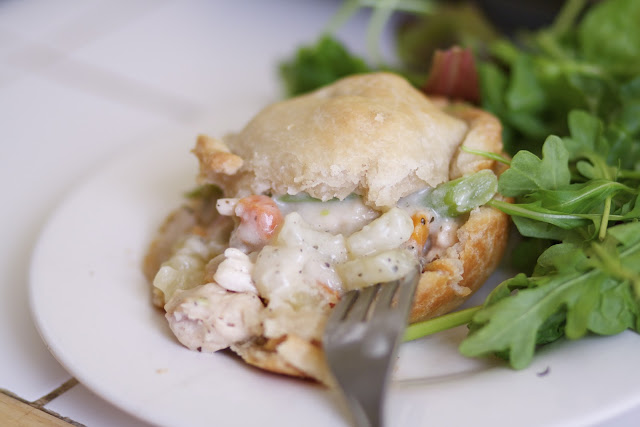 So I guess in the blog world 3.14 is a big deal. Since it’s pi day everyone bakes pies and posts them. Well, I had no idea about this until today. But it just so happens I made these little beauties a couple days ago. They count right? Even though they are savory? So here is my contribution.

These mini pot-pies are amazing. I used a large muffin tin so they are the perfect size for a meal for one. Since I usually just cook for myself, I froze a few of these and can easily thaw them for a last minute dinner. This was not only my first time making pot-pie but also making any sort of pie crust. Since I still don’t have a food processor, I chose to do an Oil Pastry that my Mom has used for years.

This crust can be used for any sweet pie as well! It is SO easy. In fact it was SO easy, that I already have many ideas for what kind of pies to make next! Wouldn’t mini sweet pies be amazing? I can already picture little lattice-topped berry pies in the summer!

I found the recipe for the filling here, but took some liberties with the veggies and spices I decided to use. I think you should feel free to do the same. If you prefer corn and peas to green beans- go for it! But I must say that these tasted so great just the way I made them. 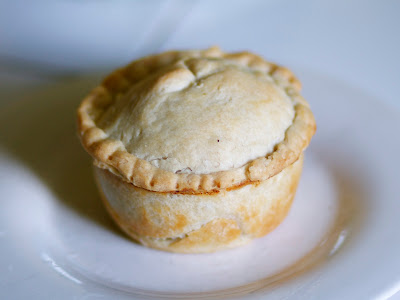 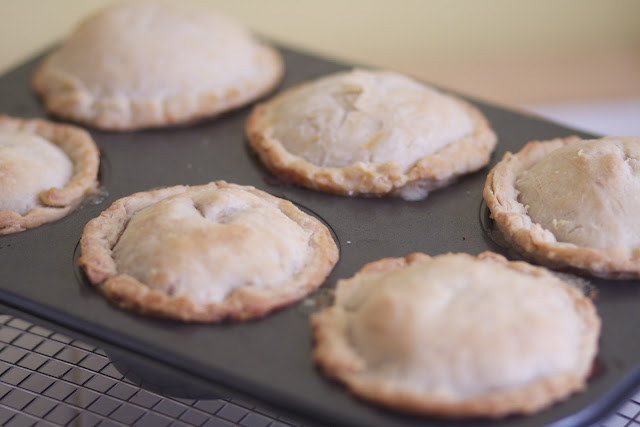