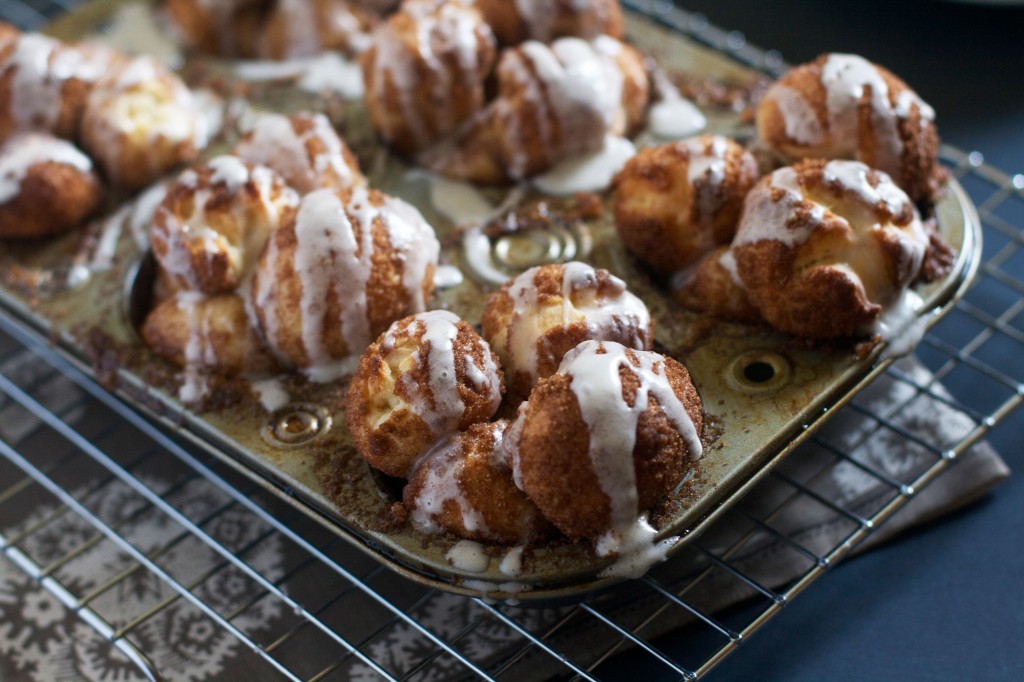 Have you ever made monkey bread? I honestly and truly believe it may be the first thing I ever baked- seventh grade- home ec. class and a can of biscuit dough. I’m also pretty sure we “baked” them in the microwave? It’s possible. Not familiar with monkey bread? I’ve decided t’s basically like the inside of a cinnamon roll. Rounds of soft dough are dunked in butter and rolled in cinnamon sugar and then baked together. I mean sound’s pretty similar right?  I’ve been thinking that I needed to make a for-scratch version of this for ages and thought a muffin-sized version would be fun. (Normally it’s made in a bundt pan but the muffin tins were cute as can be!) 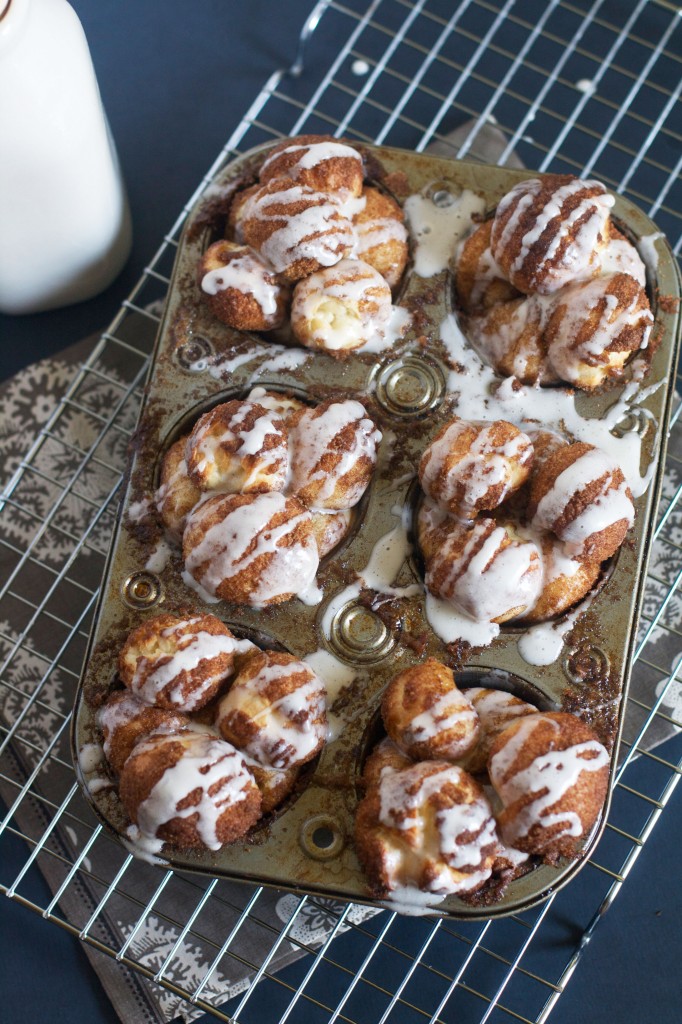 Now if you follow me on instagram you know this- but I actually posted a funny picture of these before and after baking. I may have stuffed a few too many dough balls into each muffin well which resulted in over-flowing monkey bread madness. I edited the recipe accordingly (and may have just eaten all the extra pieces that didn’t fit in!) What I love about these is that while they stick together like muffins should- each little bubble of cinnamon sugary goodness can be picked off one at a time, making it really easy to have “just one more.” 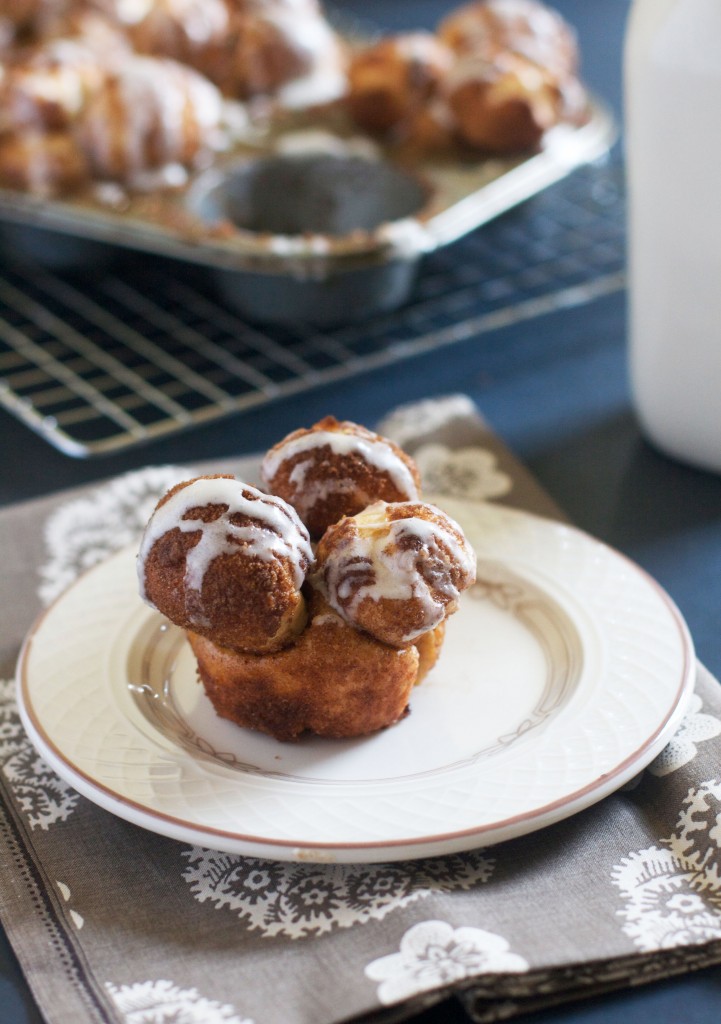 The texture of each little bite of dough was soft and almost doughnut-like covered in a perfectly sweet cinnamon sugar crust. Caramel sauce would have been delicious over these, but I opted for a simple vanilla glaze. Wouldn’t these be a perfect addition to a Mother’s Day brunch spread? I actually really longed for little ones to help me make these as it’s the perfect process to have a helper for. You know some little hands to dunk the dough in butter and roll in in cinnamon sugar? Wouldn’t that be cute?? …. Ok I digress. :) 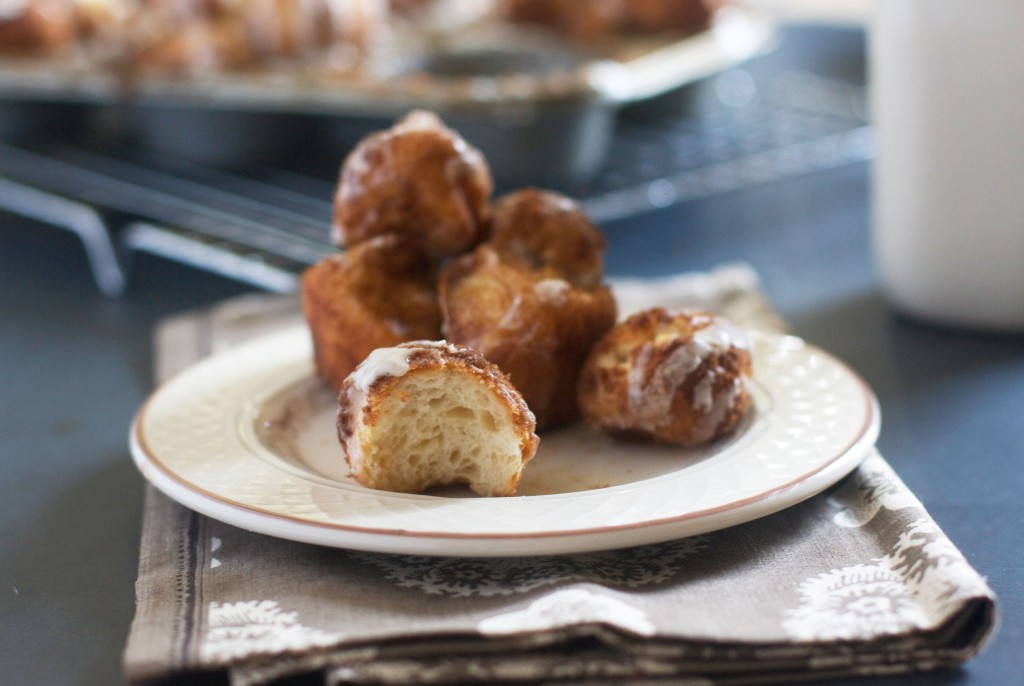