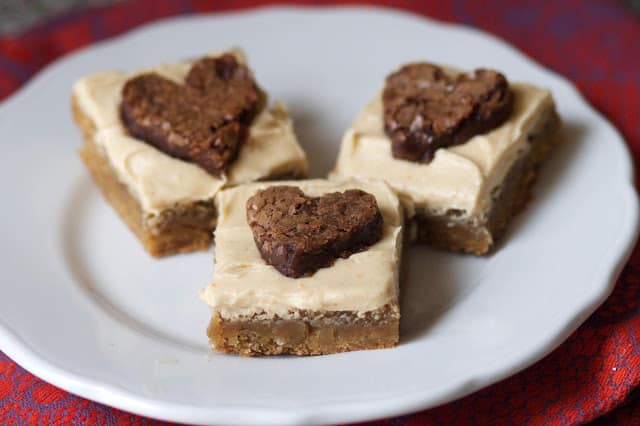 Sometimes an amazing recipe happens because of a huge disaster. You know- I have a brilliant idea, I start to whip it up, and then an hour later I’m almost in tears because nothing turned out quite right. Sometimes I end up throwing in the towel and weeping over burnt cookies (or whatever.) But other times, like with these babies, I reach into my baker’s bag of tricks and come up with something that is actually even better. 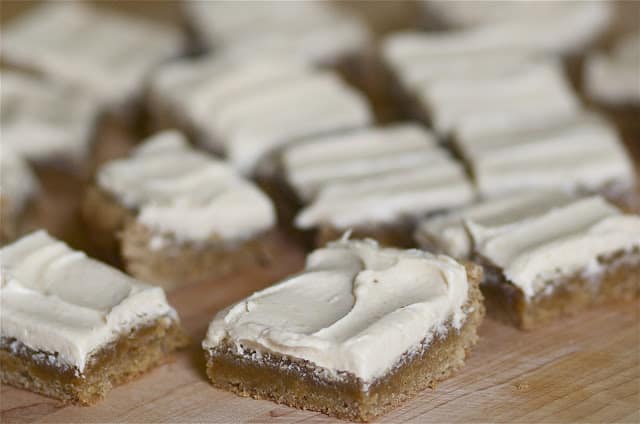 My goal was to make something like these. A pan of blondies, a pan of brownies- hearts cut out and swapped and just like that- a cute and festive V-day treat. In my case though, things didn’t work out so well. The blondies were perfect, but the brownies were thinner and a cut-out swap situation wouldn’t work. So, I whipped up some quick peanut butter frosting, slathered it on, and nestled in a little reject brownie heart. When I took a bite and got the whole brown sugar-under-peanut butter-under fudge thing happening in my mouth- I knew this was a recipe worth sharing. 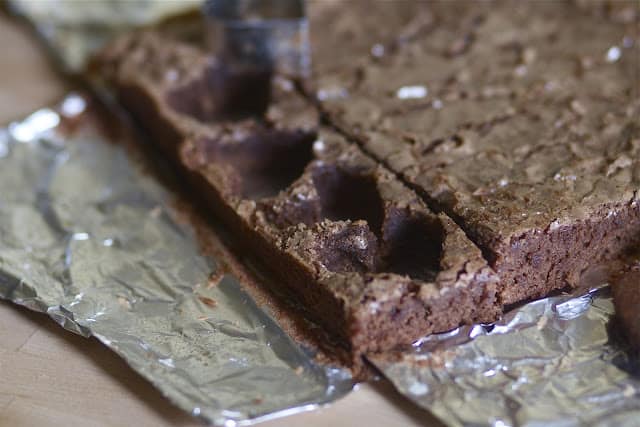 The crackly fudgy brownies were cut into cute heart shapes before being stuck on top of the creamy frosting. I used the thinner outer layer of the brownies, so the inside could be used for something else. (though I’m pretty sure you can find use for a bowl of brownie scraps.) Also- if your brownies are too thick to perch on top of the frosting, just slice it in half to make it a little thinner. (And then you get to eat the bottoms!) 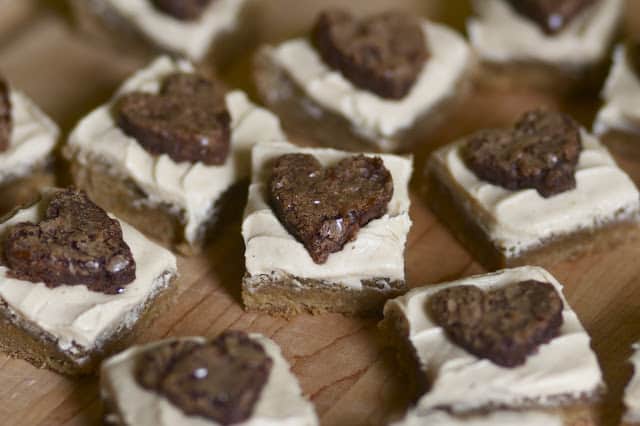 See- not all V-day treats need to be pink and red. (though I like those too.) I can promise these will make your sweetheart love lots!

Print
Peanut Butter Frosted Blondies with Brownie Hearts
Yield: 16 blondies
Ingredients
Instructions
For the Blondies:
For the Brownies:
For the Frosting:
To Assemble:
3.5.3251 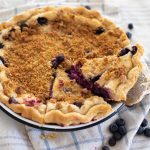