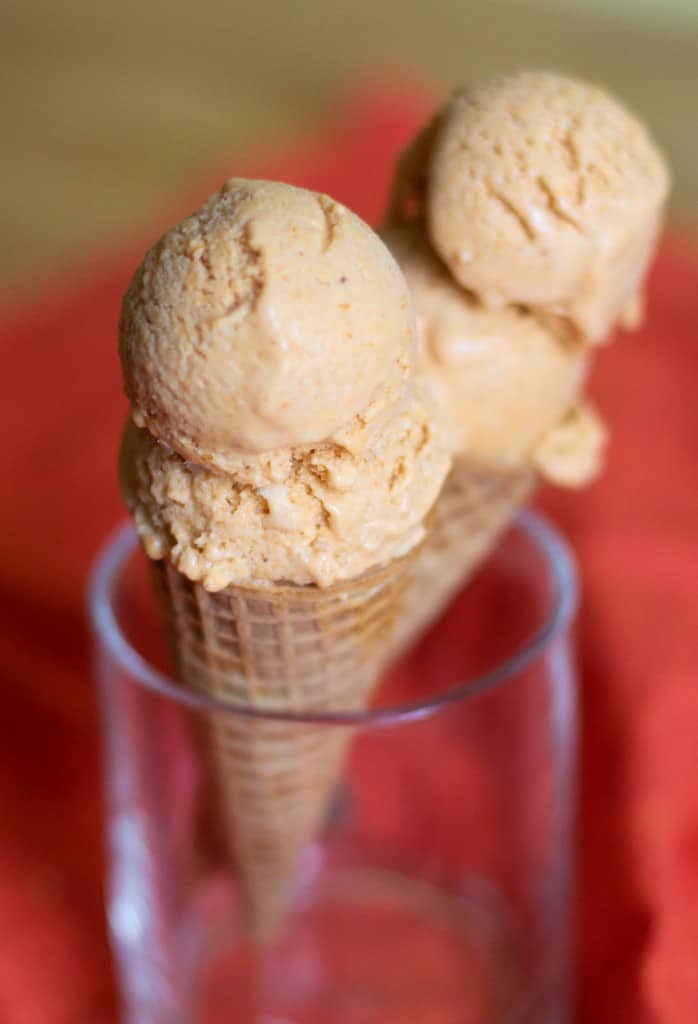 Yeah yeah you read that right. Pumpkin. I know that in terms of seasonal food trends, pumpkin is so “out” until September at the very earliest. Right now it’s all about berries and peaches and cherries and other things that fill up are markets in July. BUT- I am sorry to say I’m a teeny bit over summer. Well actually- I’m pretty much all the way over it. My kitchen is the only room of the apartment that doesn’t get a touch of AC so lately it’s been just awful. While normally standing and baking brings me loads of joy, lately I just want to get in and out as soon as possible. So, I started thinking ahead..to crisp fall mornings, football games, and crunchy leaves….and what do you know -I had to have pumpkin ice cream.

You know it makes sense if you think about it. July is National Ice Cream month, and this ice cream is still cold and refreshing, even if the flavors are “fall and winter.” I thought about making pumpkin ice cream all last fall but it just never felt right. I wanted to be turning on my oven to cozy up my kitchen more than eat something icy and cool. So- since I had saved one can of pumpkin puree for such emergencies, I made this delicious treat happen. 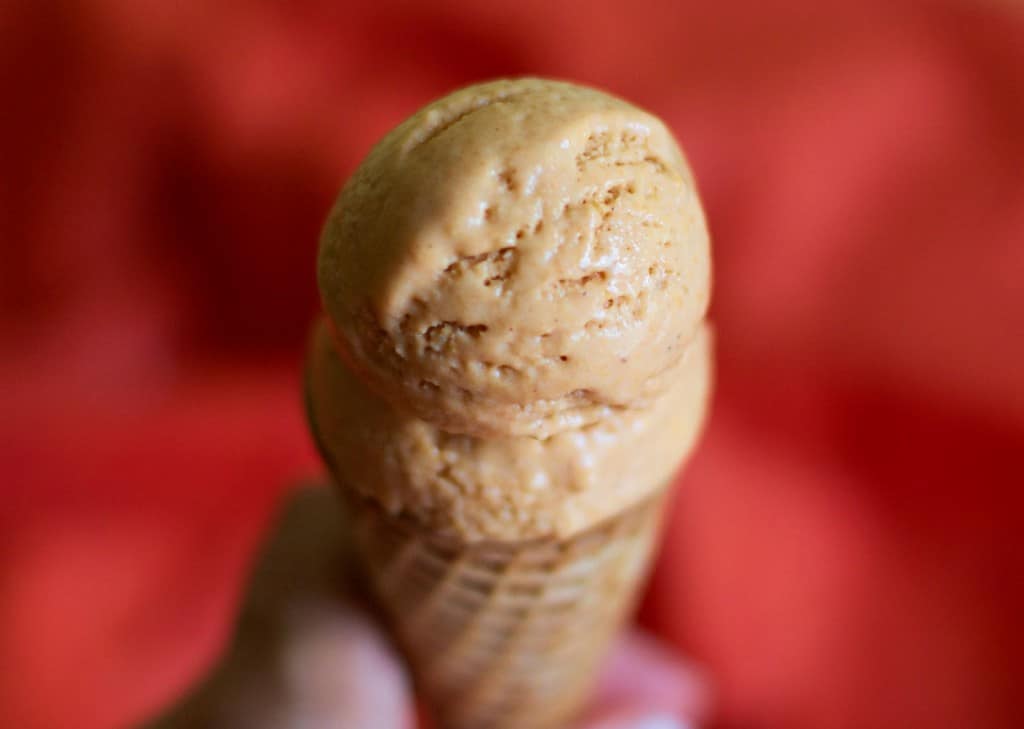 This is really more like pumpkin pie ice cream than anything else. The flavor, and texture really reminded me of that silky smooth pie filling that I love so much. It is full of spices and plenty of pumpkin so there is not question what you are having. And the recipe isn’t overly sweet which means I had this for breakfast yesterday. Oops!

Print
Pumpkin Ice Cream
Ingredients
Instructions
Notes
I find that half and half works really well to make creamy but not too heavy ice cream. This recipe called for all heavy cream- but I'm very glad I made the adjustment- this would have been to rich for summer otherwise.
3.5.3251