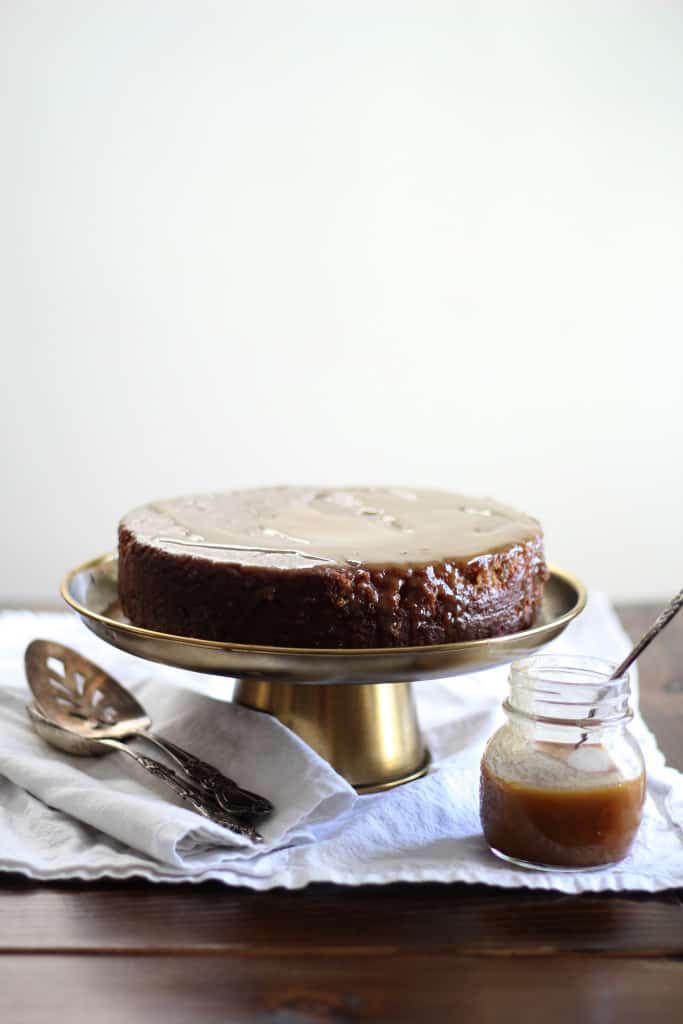 Almost 11 years ago, when I first moved to NYC, I got my first job waiting tables at a fabulous restaurant called Tabla. It was such a great job with great people and really helped me get grounded in the city. They had this awesome program for their employees where you got a gift card to use at any of the sister restaurants. We’d save up a few months and go have an amazing meal and really get to experience fine dining in New York City.

One of my favorites was a BBQ place called Blue Smoke. (It’s still there actually and I miss it!) It was one of the more casual options and we’d go, order everything from the menu and just have a fantastic meal. They had Sticky Toffee Pudding on their menu that was just the best. We couldn’t possibly eat there without getting and order of the gooey, moist, caramelized goodness. I haven’t had any since, and this past weekend I decided to change that. 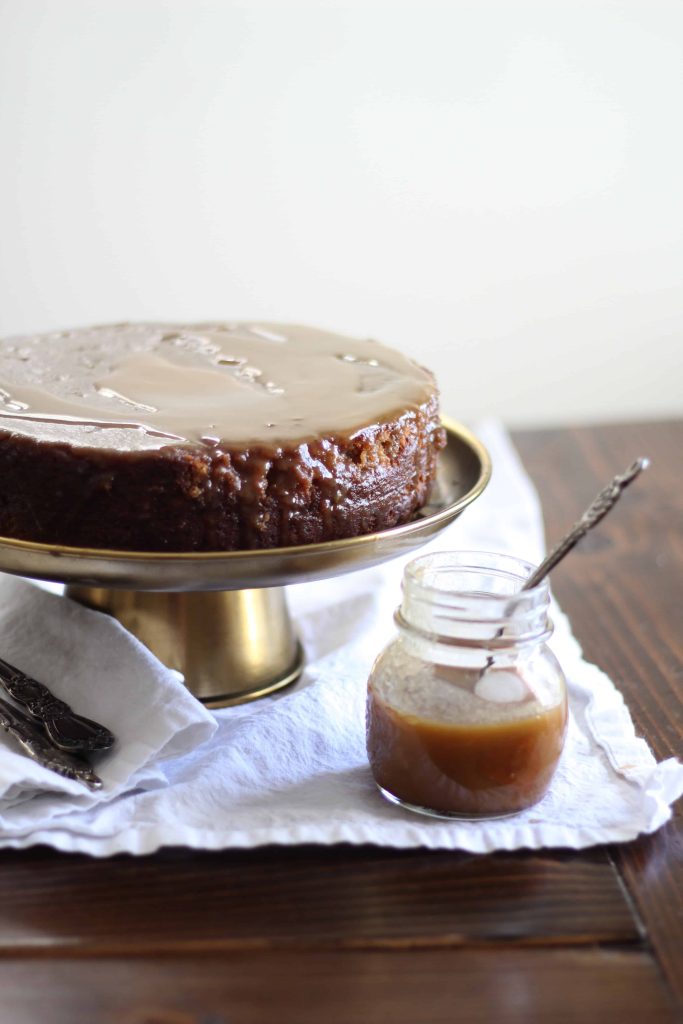 I’m not sure exactly where the idea came to whip this fabulous dessert up, but once my mind was made I was just dying for it. I did some research of different recipes and decided to use Martha Stewart’s as a starting point. First because she rarely does me wrong, and second because her version included rum both in the cake and the sauce and it had been a long week. This recipe was fabulous so I’m so glad I went with it! 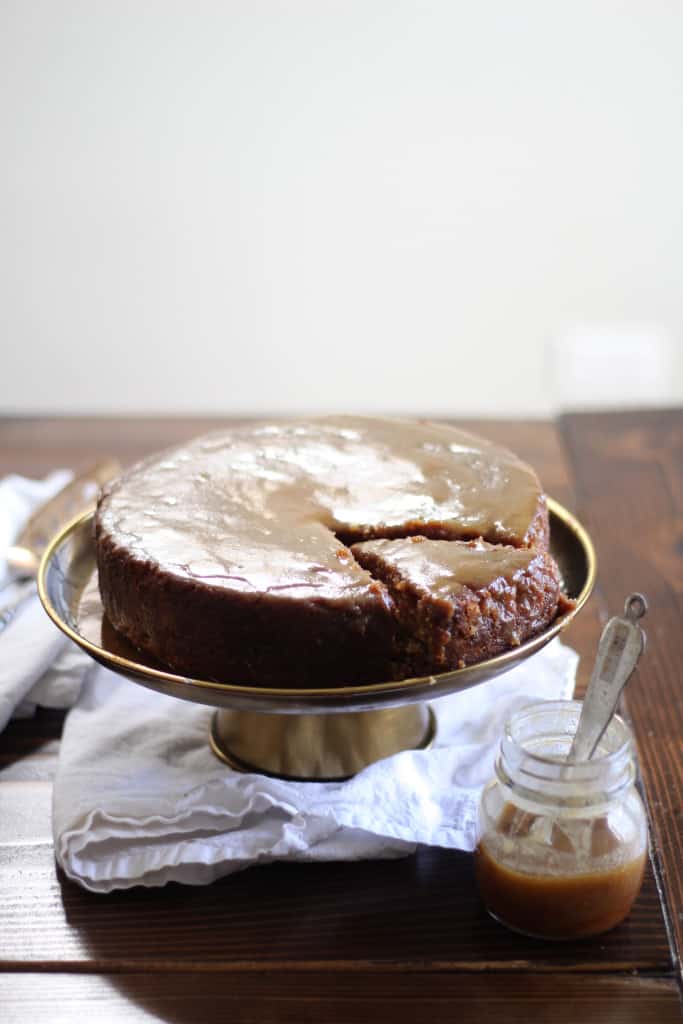 Now you may be wondering why this is called a pudding but really looks more like a cake. I tried to figure it out, and I hope someone can enlighten me, but the jist of the answer is that “pudding” in the UK is a more general term for a shape/texture of the dessert, vs. the creamy, custard-like stuff we make. Either way- this is so delicious I don’t really care what it’s called.

The rich cake is made with dates, my new favorite ingredient. In this version they are cooked in rum, pureéd, and then mixed into the batter. They make the texture amazing and add sweetness without more sugar. The warm cake is soaked in a glorious toffee sauce which seeps in and makes it out of this world amazing. I served mine with some vanilla ice cream with promptly melted, but whipped cream would be great too. 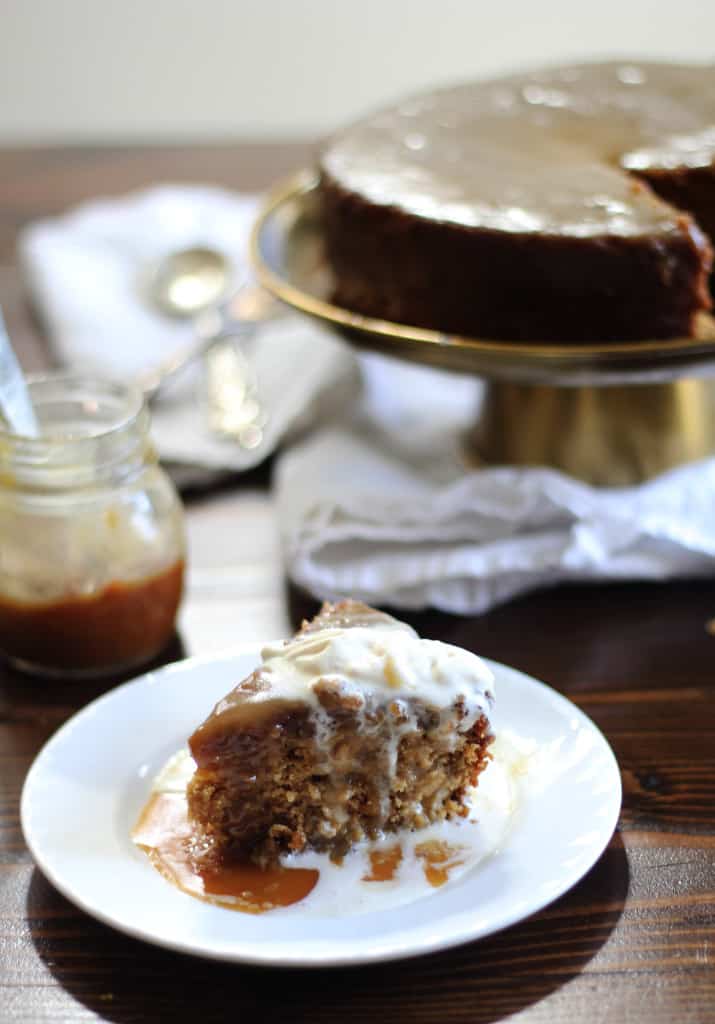 *If you don't have dark brown sugar on hand, (I often don't,) just use regular brown sugar and a splash of molasses- works great!