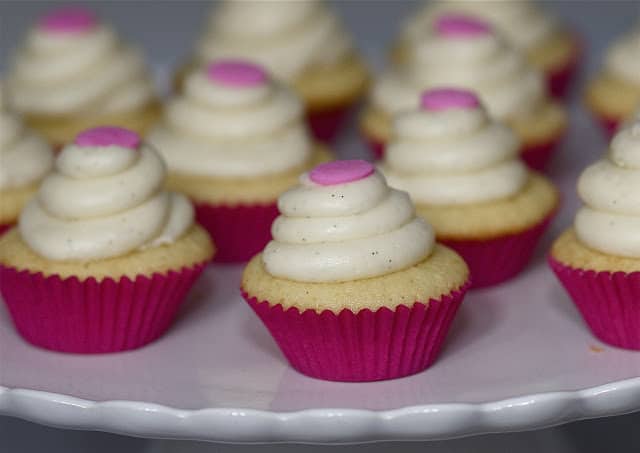 First of all- I got an extreme home makeover! Well not me, but my blog, (though I sure would love one.) I am so thrilled with how it turned out and I hope you guys like it too. My designer Shay Bocks, is outstanding and I highly recommend her!

Now, about these cuppy cakes. (The little girl Alice I babysit for calls them that and I think it’s the cutest.) I know I’ve posted a few Vanilla cupcake recipes before, but that doesn’t mean I’ve found the one. And since the bodega on my block starting selling Vanilla Beans, I’ve been meaning to try this recipe. I also have been in the process of figuring out the right proportions for creating my “perfect” buttercream and this is definitely it. 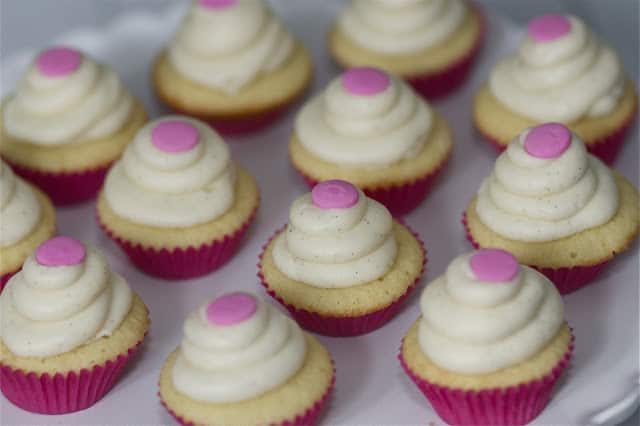 The formula is something like this: 2 sticks of butter softened and beat with an electric mixer until it is creamy and pale (about 3 minutes.) Then 2 1/2 cups of powdered sugar, (I’ve often used way more and I think that explains buttercream that was on the grainy side.) At this point the mixture will be thick and dense and it’s the right time to add any liquids or flavoring (Lemon Juice and Zest for Lemon Buttercream, Vanilla beans and extract for this frosting, or even Peppermint Extract.) If the mixture is still too thick, I add milk or cream a tablespoon at a time until it is just creamy enough. So far it has been fail proof! The frosting is perfect for piping, spreading, filling etc. Hooray! I’ve been on this quest for awhile it seems…

I brought these deliciously moist cupcakes to my good friend Hiba’s baby shower this past weekend. I have known Hiba and her sister Enaas since I was 16 and Enaas and I worked at the Gap at the local mall. (Best discount ever.) Since then, Hiba moved to NYC and we reconnected, started our book club and now she’s having a baby girl! I had lots of fun helping Enaas with her big Sister’s shower, and I got a chance to take a try at some fun DIY projects as well. (After incessant “pinning” of craft ideas on Pintrest, it’s nice to actually do something crafty right?) 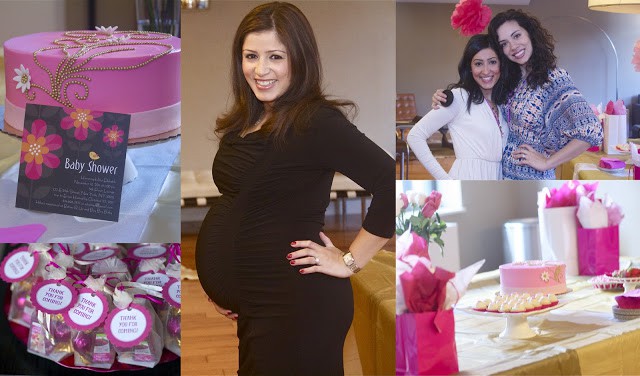 *Note: The original recipe had comments about the liners peeling off the cupcakes and the same thing actually happened to me. I think this is because we stored them in an airtight container and there was too much moisture. These cakes are anything but dry which is great, but the humidity in the tupperware caused the liners to peel. I recommend leaving the container slightly ajar or just cover them with tin foil or something else that isn’t air-tight!
Print
Vanilla Bean Cupcakes and the Perfect Buttercream…
Yield: 30 cupcakes or 60 minis
Ingredients
For the Frosting:
Instructions
For Frosting:
3.5.3251
Cupcake Recipe: Annie’s Eats via Confessions of a Foodie Bride
« Pumpkin Spice Granola- and Giveaway Winner Announced!
Banana Caramel Brownies Take 2 »