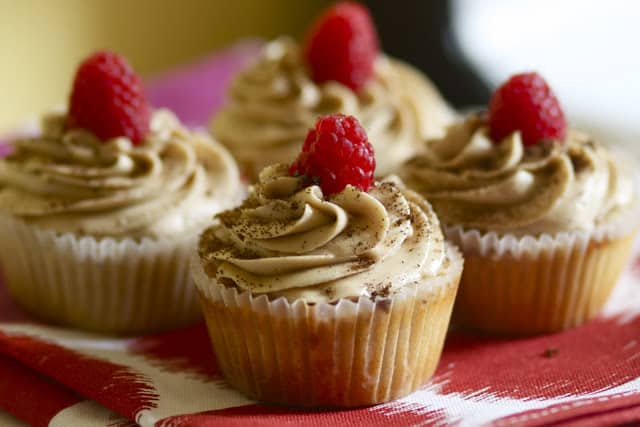 There is a secret about these cupcakes guys, they are vegan! Would you believe it? You especially wouldn’t believe it if you tried them, because they were delicious, rich, and full of flavor. I was very hesitant to try vegan baking, but my friend Emily had asked me to make her something and I can’t say no to a baking request! I had also watched the “Cupcake Wars” episode where Chef Chloe wins with this recipe, and had since thought they sounded amazing! It was a great choice as Emily and the rest of my friends loved them!
Turns out, though Vegan baking is a whole new science, it wasn’t as hard as I have imagined. And with a great recipe like this- it is probably hard to mess it up. The cake consists of a vanilla cupcake filled with an espresso/amaretto “soaking liquid,” some raspberry sauce and then topped with a fluffy Espresso frosting. If Vegan isn’t your thing- this could easily be made with a regular vanilla cupcake. 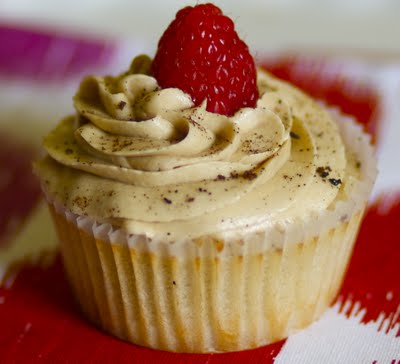 Notes: When baking- mine took a little longer than Chloe suggested. Keep an eye on them and bake for 5 minute extra increments. Also- Dark rum could easily be used for Amaretto if you don’t have it or want to buy a large bottle. Enjoy!