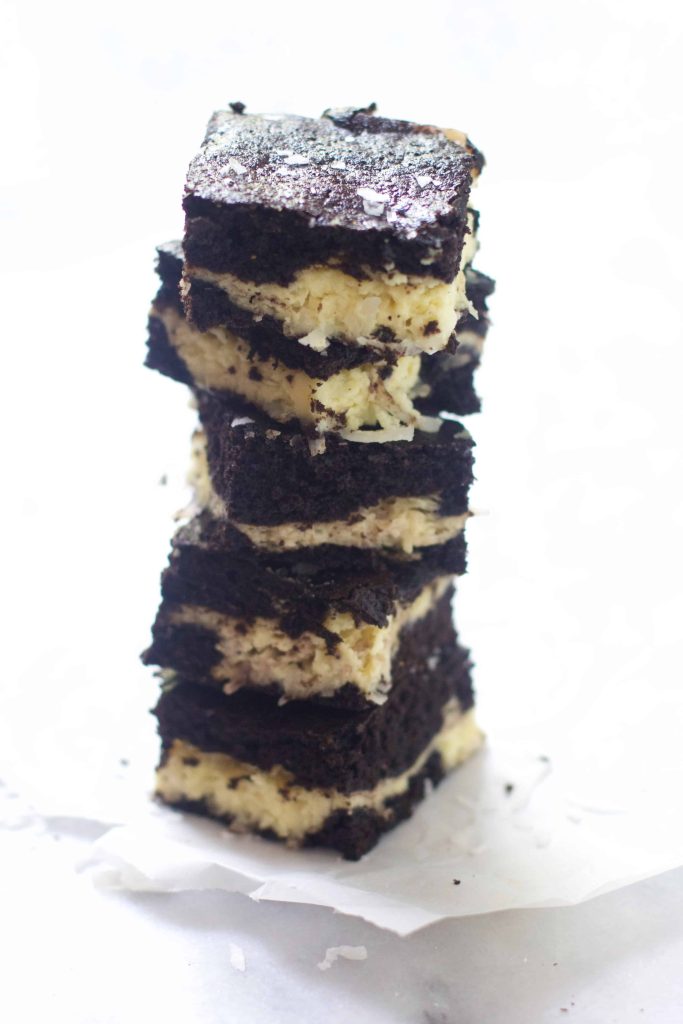 This recipe was originally posted in July 2011- it has been reworked/rephotographed and posted again because it was fabulous but desperately needed it!

No matter how many times I think I’ve baked up the “perfect brownie” recipe, I will always get giddy about trying something new. Man do I love a classic fudgy brownie, but I’m also such a sucker for fillings, flavors and swirls galore. I made this recipe several years ago and it needed some serious re-working so here it is.

Dark chocolate brownie layers sandwich a creamy coconut cheesecake center. These have an awesome texture- the dark chocolate brownie is moist and a little cake-like with the coconut filling really tying it all together. I can’t think of a better recipe for someone who loves chocolate and coconut as much as I do. (It kinda has a “Mounds” thing going on!) 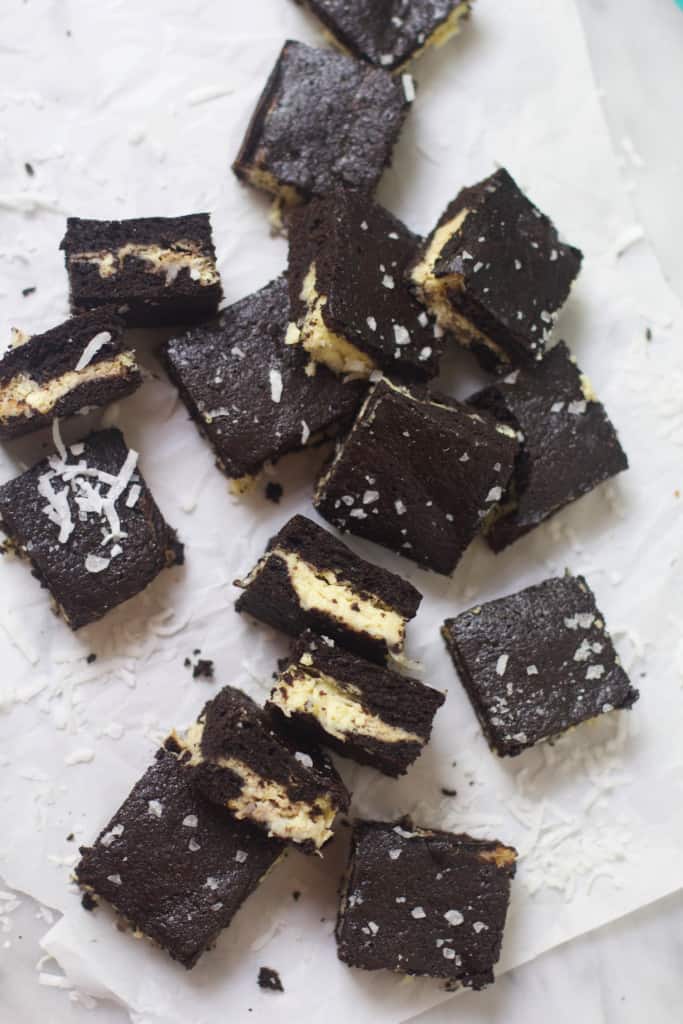 I used coconut oil in the brownie batter which as you can imagine just takes the whole flavor up a notch. You can use whatever vegetable oil you have, but I love the subtle flavor that coconut oil adds. Serve these cold (or even frozen!) for a delicious treat for cold weather. Enjoy! 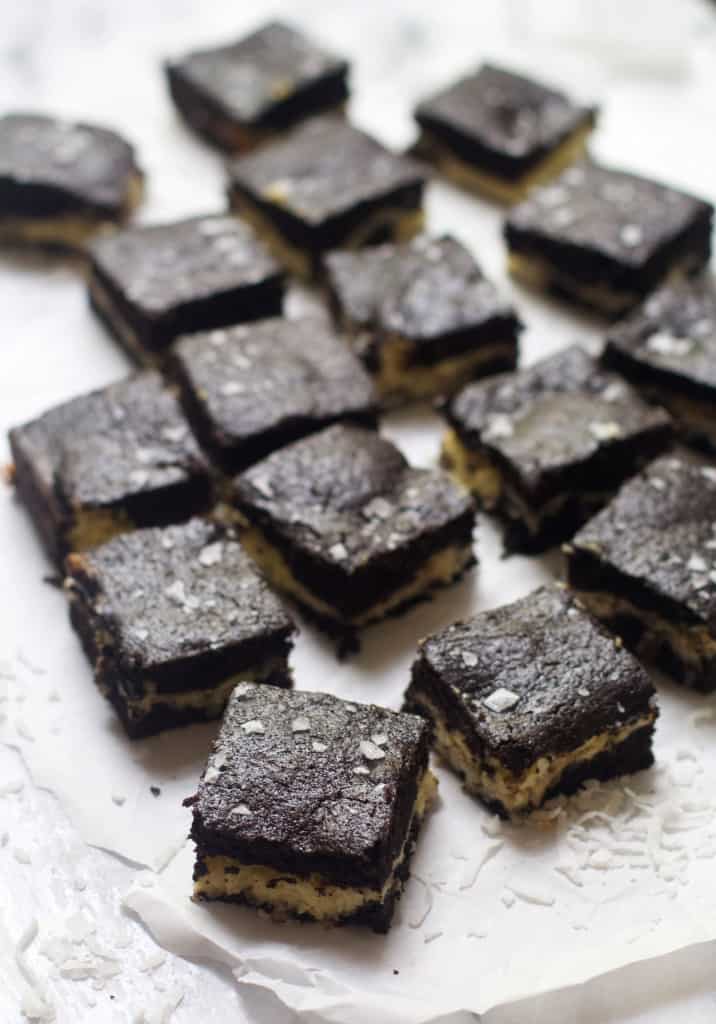 Print
Coconut Cream Cheese Brownies
Yield: 16 brownies
Ingredients
For the Brownies:
For the Coconut Filling:
Instructions
For the filling:
For the Brownie Batter:
Notes
*I used sweetened coconut, if you use unsweetened, I'd add a little more sugar.
3.5.3251
(This recipe was adapted from a blog called Natalie’s Killer Cuisine that seems to have disappeared from the internet since 2011.)
« Berry Rhubarb Crumb Pie
Lemon Ricotta Pancakes with Blueberry Sauce »